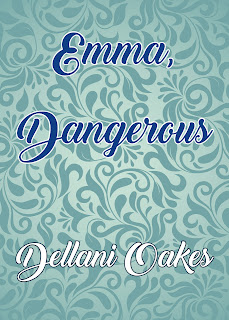 "Then I've broken it. And I'm going to keep breaking it, every chance I get." His lips met hers and he kissed her a long time.

Emma sighed contentedly, touching her lips. "That feels so good. How does it feel so much better now?"

Sam pulled her shirt off, tossing it across the room. Their jeans followed. Once they were down to their underwear, Emma laughed. Sam was wearing his Sponge Bob boxers that she'd given him.

"It feels better because we aren't totally messed up. For the first time, we're going to make love without anything in our systems except a whole lotta lust." He chuckled deeply, undoing her bra.

"Hm?" his lips moved to her throat.

"No condom," she said with a sigh.

He looked at her, surprised. "You're sure?"

She nodded. "I want to feel all of you."

"As my lady wishes."

They made love slowly, savoring the experience as if it were the first time for them both. They felt reborn by the experience, their love forging an even stronger bond. As they lay together, holding one another close, Sam tickled her breast with the tips of her hair.

"I've been thinking about your proposal," Emma said softly, shifting in the bed.

"Yeah? It's still on the table. You can take me up on it any time you want."

"I still think we're too young, but there's no one in this life that I love more than you. I want us to be officially engaged."

Emma got up, walking over to her dresser. "Donna took care of that," she said. "She did a spread for some jeweler and they gave her a bunch of stuff. It's real," she said excitedly, bringing a small velvet bag to the bed.

Upending it, she put a diamond ring in his palm. It was one large, square cut diamond, with two narrow rectangular ones flanking it. Even in the dim light, it glittered enticingly.

"Samuel Masters, will you marry me?"

Sammy chuckled, slipping the ring on her finger. "Emma Gallagher, I'd be honored to have you as my wife. Gonna have to marry you soon," he added, rubbing her abdomen. "Cause I want at least ten kids."

Emma laughed, smacking him. "Oh, you do not!" She grabbed his side, making him jump. He almost fell out of the bed. She caught him as he slipped, pulling him to her.

Sam held her close, kissing her deeply. "I love you so much, Emma. But damn, you're f**king dangerous."

"Sorry about that!" he called in a distinctive East Texas twang. The man next to her picked up the volleyball in one hand. &qu...