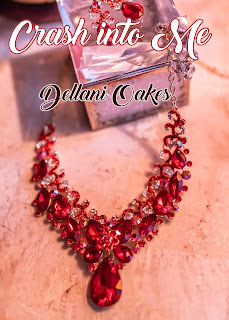 "I don't hate anyone that much," Newton replied. "But she's gonna bust through my window glass any second. Yours are reinforced."

"You're new," the other officer said to Eilene as he got out of his car. "Tull," he said, taking her hand.

"Did you say Tull or Tall?" Eilene teased. "Because, my lord, are you!"

He was well over six feet. Newton was six foot two, and this guy made him look short.

"I answer to either, if a pretty woman calls."

He and Newton transferred Denise to his car while Eilene kept an eye on the man. He didn't say a word as she railed and screamed.

"My mama always told me my pecker would get me in trouble," he moaned.

"Bet she didn't warn you about psycho bitches, with talented tongues and wonder pussies," Eilene remarked as the patrol car door closed in Denise's face.

"Our turn to make a drop. We're going to county," Newton said.

"What about my car?"

"Highway Patrol will tow and impound it."

"Buddy, you just tried to shoot someone. You aren't going to work. You're going to jail."

The fellow burst into tears. Eilene called Canon to tell him about their delay.

"Well, hurry it up, Champ. Can't have my best sergeant going to the Dark Side."

She laughed. "We're going to the jail, and have to give statements to the highway guys."

"My point exactly. Those guys will hit on a girl like you, in a heartbeat. Bunch of hotshots."

"One already did." Laughing, she hung up.

After depositing and processing their prisoners, Eilene and Newton gave detailed statements about what they had witnessed.

"Did the other guy say how it started?" Newton asked the officers, when they were done.

"Something about the retard stealing his woman―his word."

"Is he really a retard? –I mean intellectually challenged?" Newton stumbled over the politically correct term.

"I don't know, but based on that and how he's acting, I asked for a social worker to evaluate him."

"Thank you. He seemed a little off to me, too," Eilene said.

When they were finished, they were nearly three hours late for shift. Eilene was glad that Newton was driving, because he got them there much more quickly than she would have.

The office was strangely quiet. Even the dispatchers weren't at their desks. Wandering toward the break room, Eilene thought she heard a noise. Cautiously, the two of them pushed the door open. The room was completely dark, which wasn't the norm. Newton's fingers found the switch and he flipped the lights.

"Surprise!" all their coworkers bellowed.

Newton roared in shock, hand going to his pistol. Eilene saw his movement and caught his hand, squeezing tightly.

"I read the situation and still freaked. I'm sorry."

"We all have our moments. Is it any consolation that I anticipated it, too, and nearly peed myself?"

He burst out laughing. "Strangely, it is."

"What brought this on?" Eilene asked as they accepted cups of punch.

"Do you own a calendar?" Trina, the receptionist asked. "Someone has a birthday. "Her expression read dumb ass.

Still puzzled, Eilene was shocked when the group started singing Happy Birthday, including her, until they got to Dear Eilene. Bursting out laughing, she finished the song with them.

The women hugged her. The men clapped her on the back. Someone handed her a huge piece of cake with her name on it.

"Is that so you won't forget whose birthday it is?" Newton chuckled, taking a bite of her cake.

"I know all and see all. I was supposed to be the distraction, but fat ass and the retard interrupted."

"Is that why you bought the iced coffee and croissants?"

"Partly. But mostly because I had no food, and it's tough always eating alone."

"Yeah. It is. So, what was your distraction going to be?"

Email ThisBlogThis!Share to TwitterShare to FacebookShare to Pinterest
Labels: Crash Into Me, Dellani Oakes, Love in the City Romance, romantic suspense

The other two didn't falter. The man who had spoken, completed his draw, snapping a round at Newton. His poorly aimed shot went wild, sm...