I go to a small writing group once a week and few weeks ago we were given the prompt "A Special Adage" to write about for the following week. The following is what I wrote.

I couldn't think of anything to fit this subject, so I changed it up a little to quotes that are frequently misquoted. Shakespeare suffers a lot from this, but so do movies, plays, books and even songs.

Leaving Shakespeare for the moment, let's reflect on a couple of Bogart movies. The main one misquoted is from Casablanca. It is, of course, in reference to their famous song. So often, this line is not only misquoted, it's attributed to the wrong character. How often have we seen Bogart impersonators take on the famous overbite and say, “Play it again, Sam.”

He doesn't even say the line! Ingrid Bergman spoke to Sam and said, “Play it, Sam.”

Moving on to another movie icon, Mae West. We've all heard “Come up and see me sometime.” She actually said, “Why don't you come up some time and see me?”

One of my favorite misquotes of all time was said by Clint Eastwood in Dirty Harry. Everyone always says, “Do you feel lucky, punk?” Poor Harry didn't say that at all. He said, “Ah-ah. I know what you're thinking: 'Did he fire six shots, or only five?' Well, to tell you the truth, in all this excitement I kind of lost track myself. But, being as this is a .44 Magnum, the most powerful handgun in the world, and would blow your head clean off, you've got to ask yourself one question: 'Do I feel lucky?' Well, do ya, PUNK?”

So, in conclusion, I leave you with a great quote, (which is correct) and sums up my point perfectly: “What we've got here... is a failure to communicate!”
at June 29, 2010 No comments:

Email ThisBlogThis!Share to TwitterShare to FacebookShare to Pinterest
Labels: Dellani Oakes, quote of the week, quotes 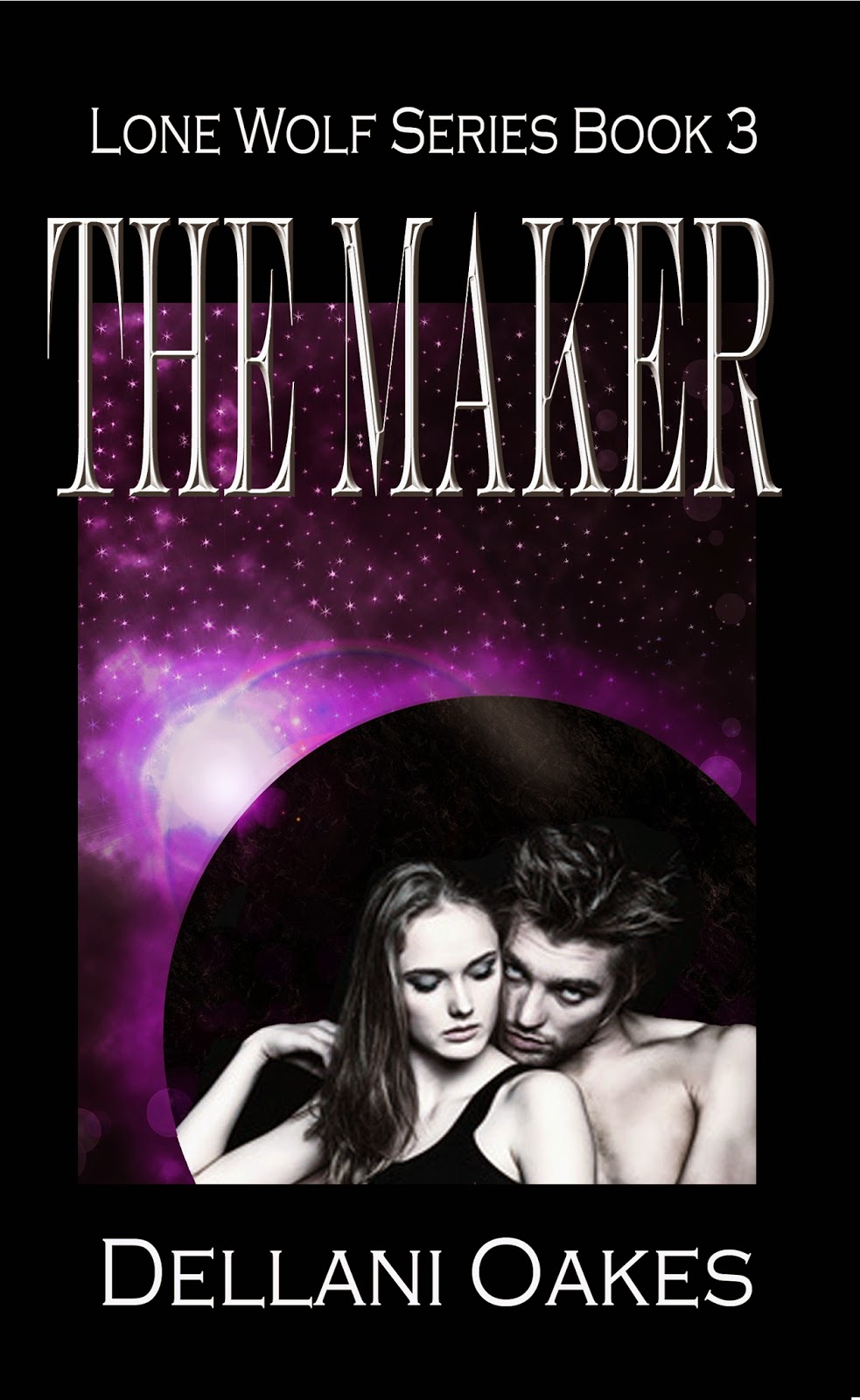 I posted this several years ago, but since The Maker, book 3, has just come out, I wanted to share it again. Wilhelm VanLipsig, aka The Lone Wolf, shares a bit about himself in this candid interview with Second Wind.

Second Wind: We're here today to talk to Wilhelm VanLipsig captain of the ship the Loup Garou. Wil, what did you do before running freight for the Mining Guild?
Wilhelm VanLipsig: I was a colonel in the Galactic Marine Corps. Then I did contract work.

SW: Where does the handle, The Lone Wolf, come from?
Wil: I got that name serving in the Marines. I like to work alone and I'm ruthless.

SW: What is your problem in the story?
Wil: Some psycho son-of-a-bitch wants me dead and then he wants to take over the universe. The usual.

SW: Can you tell us something else about yourself?
Wil: I'm 86 years old, look like I'm 26 and I've been changed so much by the Marine doctors, I don't think I'm even quite human anymore.

SW: Do you embrace or run from conflict?
Wil: I make love to conflict, then I beat until it surrenders. Incidentally, I don't treat women the same way.

SW: How do you see yourself?
Wil: I am the bringer of death. If you see me coming, you've got 10 seconds to say your prayers.

SW: How do your friends see you?
Wil: I don't really have any friends.

SW: How do your enemies see you?
Wil: I'm the shadow of death, the invisible man. If they see me, I did something terribly wrong.

SW: Do you agree with her analysis of you?
Wil: I'm not arguing.

SW: What do you think of yourself?
Wil: I'm the coldest hearted asshole in the galaxy.

SW: Do you have a goal?
Wil: Get the other bastards before they get me.

SW: Do you keep your achievements to yourself?
Wil: Most are classified. The only ones who know what I've done are the others who were there with me. Most of them are dead.

SW: Do you have any special strengths?
Wil: My battle plans have made the textbooks and are required reading at the officer's academy. One general said, "VanLipsig's battle plans are a symphony of destruction with each movement bathed in the blood of the enemy." I have to admit, I'm pretty proud of that.

SW: Do you have any special weaknesses? Other than your obvious modesty?
Wil: Amusing, really. Yeah, I can't carry a tune.

SW: What do you believe?
Wil: I believe in honor and I adhere to it. Not everyone agrees with my code of ethics though.

SW: What do you regret?
Wil: I regret the fact that I wasn't there for the people who needed me.

SW: What, if anything, haunts you?
Wil: The faces of everyone I've ever had to kill.

SW: Has anyone ever betrayed you?
Wil: Yeah. And I killed her for it.

SW: Have you ever failed anyone?
Wil: Pretty much every day, I imagine.

SW: Did anything newsworthy happen on the day you were born?
Wil: According to my old man, hell opened its doors and spat me forth. I hope he's waiting for me when I get there. I'll kick his abusive ass.

SW: Was there ever a defining moment of your life?
Wil: Meeting Matilda. She has made me become the man I wanted to be and couldn't seem to find on my own.

SW: What is your most closely guarded secret?
Wil: If I told you, I'd have to kill you. You look like you think I'm kidding.

SW: Do you have any hobbies?
Wil: Does sex count?

SW: What is your favorite item of clothing? Why?
Wil: I don't really care what I wear but I always have my gunbelt, even if I'm naked.

SW: Name five items in your pockets.
Wil: Nothing. Too much stuff slows you down and can identify you when you're dead.

SW: If you were stranded on a desert island, would you rather be stranded with, a man or a woman?
Wil: What the hell good would another man be? A woman with lots of stamina. It would be nice if she was intelligent too, but that's not a requirement.

SW: Wil, thank you for talking with me today.
Wil: My pleasure, sweet cheeks.