Excerpt from "Shakazhan" Book Two of the "Lone Wolf" series 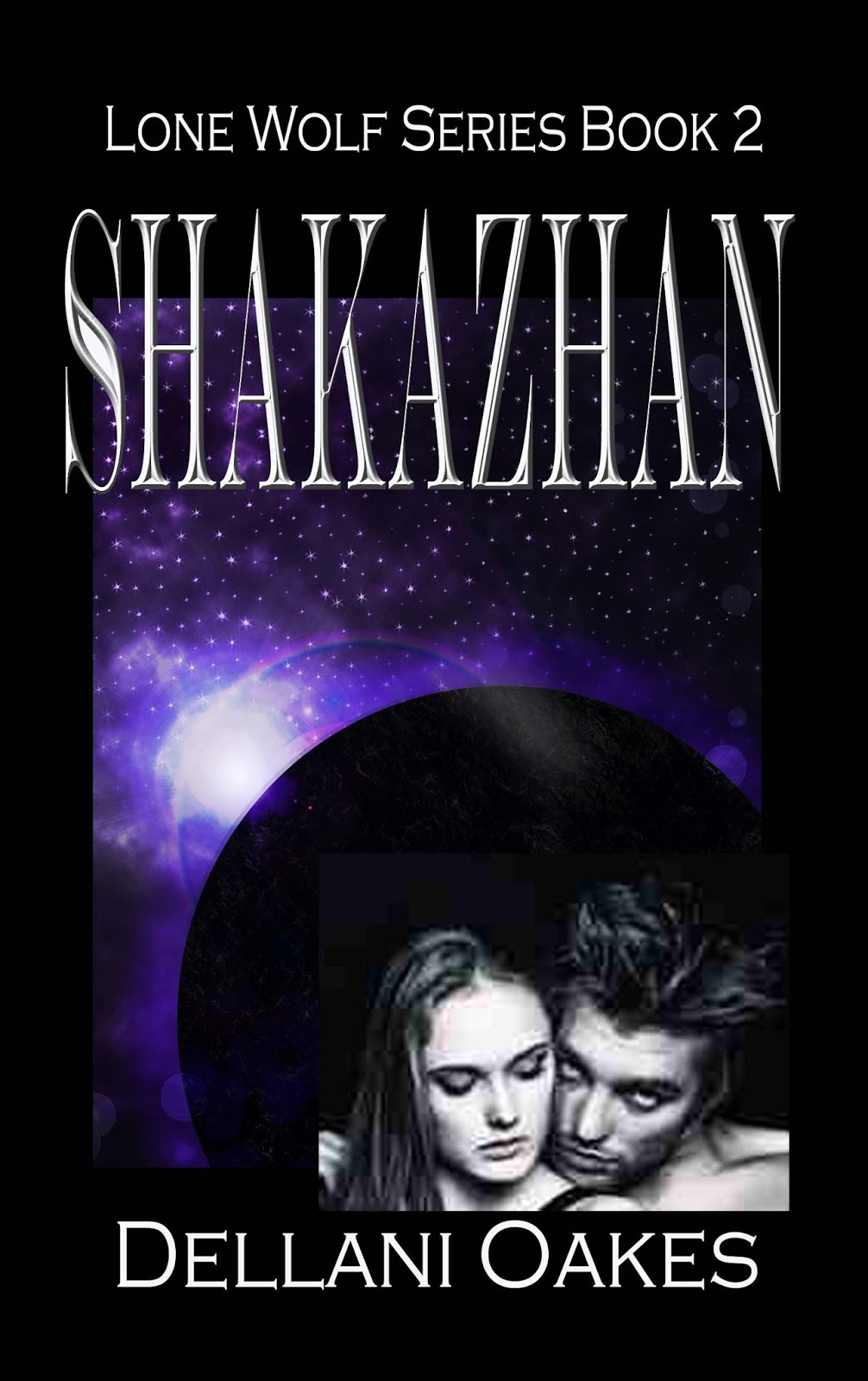 I originally wrote this post in 2012. Shakazhan is now a reality! You can buy it here.

I'm currently editing Shakazhan the second book in my sci-fi series. It's a big job, bigger than Lone Wolf in some ways, but at least this time around I have some help and I know more what I'm doing. My daughter read the entire book and made a lot of really helpful notes. With those in mind, I'm attacking the manuscript with renewed vigor and an added perspective. It's still a long haul, but it doesn't feel quite so daunting as editing Lone Wolf did.


Anyway, during my latest session, I came across one of my favorite scenes. Those of you who have read Lone Wolf know who Emmelia Spenser and Ben Drexel are. For those of you who haven't, a brief recap. Chairman Emmelia Spenser is head of the Galactic Mining Guild. Because of the actions of John Riley, the Commandant of the Mining Guild, her life is in danger. Benjamin Drexel is sent to protect her. In the brief time they're together, they fall in love.


Ben leaves when duty calls, as it always will for a captain of the Galactic Marines, and Emmelia is left with her memories. However, three years later, he's able to contact her. Below is the scene where her best friend, a sentient praying mantis named Sslyvenia, finds her as Emmelia listens to Ben's message.


Ssylvenia walked into Emmelia Spenser's office on Aolani, wondering why her friend sat in the dark. Instead of turning on a light, her superior eyesight saved her from a few painful bumps on furniture concealed by shadows.

"Emme," she chittered. Her translator's toneless metallic voice couldn't convey the deep concern of the speaker. "Emme, it's not like you to sit here in the dark like this. Let me turn on the light for you."

"No, Sissy, I want to be in the dark. I keep hoping that it will get easier if I sit here awhile."

"Why, whatever is wrong, Emme? I've never seen you like this!"

Emme's hand fumbled over the console, hitting a coded sequence. "This just came from Chairman Aisulov's office. He said he was asked to send this to me today." She choked back a sob.

The Tri-D image flickered and then solidified before her. Ben's handsome face, with his piercing dark eyes, smiled at her in a way that melted her soul. Reaching out a hand, he touched what would have been the screen of his Tri-D recorder, holding his fingers for her to touch.

"Hello, Emme, it's been far too long." He sighed, turning away from her, his strongly chiseled profile highlighted by the console light. "A lot has happened between Aolani and here. I guess you're wondering where here is. I'm sitting in a sentient ship orbiting Shakazhan. We're about to go explore its surface. Pretty unbelievable, huh?" He laughed sardonically, hanging his head a little, then glancing up at her, his chin down. Did she imagine a tear in his eye?

"I miss you, Emme. By God, you're the most amazing woman I've ever met. I can feel your skin, satin smooth. I can taste you. It's kind of funny, you know? An old soldier like me, so toughened by combat, and I'd give up everything I have in this life, to be back there with you right now.

"Emme, every man knows he might not come back from a battle. There are no guarantees, but I make this promise to you before God, if I live through this, I'm leaving the Marines, and I'm coming back for you. If you've found a better man than me, I'll understand. It's not like I've been there for you."

Squaring his shoulders, he looked full into the Tri-D, his dark eyes bottomless, like swirling black holes, drawing her inexorably forward. His familiar smile flashed across his face.

"I love you, Chairman Emmelia Spenser. Keep the Dracos Ale warm for me, because I will come back for you." He touched the screen. This time, her hand rose of its own accord, touching the air in front of her. Tears washed away her carefully applied makeup, dark rivulets of mascara cascading onto her desk.

"Oh, Sissy, why did I ever let him go? He's got to come back. There is no better man." Sobbing hysterically, the usually composed Chairman Spenser became for that short time, the frightened and insecure Emme who had always been too tall, too full breasted, too bright and too self possessed for any man to love her.

The Tri-D flickered off, leaving them in complete darkness. Sissy couldn't cry, but she could feel sorrow and compassion for her friend. Putting her spindly, brittle arms around Emme, she held her gently to her shiny, armored body, crooning softly as if she sang to a child. Gradually Emme's sobs ceased and she slowly pulled herself together.

How like Ben to remember that today was the anniversary of their first meeting, the first time they'd made love. That had changed them both, somehow. She knew in her heart, she'd never be the same Emmelia Spenser, but that was alright.