Why Using a Cliché Isn't Always a Bad Thing 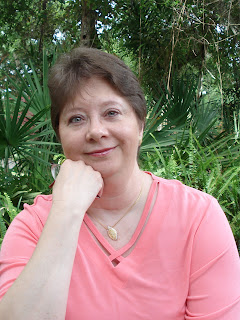 There are “conventions” in writing. No, I don't mean the great big gatherings of authors & their fans, though these are also conventions. What I mean are the things you MUST NOT DO if you want to be an author.
I'd love to know who decides these things. Who set the rules in the first damn place? My theory is that a bunch of frustrated, would-be writers got together and decided that they would set standards in order to hamper the creativity of others. Level the field by making it harder for the competition. Well played.
Grant you, there are some conventions that are valid. (I can't think of any right now, but give me a little while. I'm sure there are some.) One standard that has some validity is the use of clichés. Not familiar with the word? I could give you a big, long dictionary definition, but why bother? A cliché is a phrase that's over used. Tried and true. True blue. Nervous as a long tailed cat in a room full of rocking chairs. You get the idea.
As a general rule, it's good to avoid these hackneyed phrases. They make your work look cheap and unloved. My father would have said, “Like a whore at breakfast.” That was one of his favorite clichés.
Sometimes, it's all right to use one. When?
Dialogue. Think about it for a moment. They are as common as the day is long. There are as many different clichés as there are hairs on your head. People think and speak in clichés all the time. There are variations depending upon geographic location. Obviously, English doesn't corner the market on trite language.
Because people think and speak in clichés, avoiding them in dialogue can make the words sound stilted. Not every character will use them. Not every book lends itself to them. In these cases, the clear choice is not to use them.
Don't be afraid to use a cliché from time to time. It's okay—really! Tell your story the way it needs to be told. Have your characters speak in a believable fashion. Too often, we are afraid to break the mold and think outside the box. It's not a crime. What are they going to do? Send the Grammar Police? I don't think they have jurisdiction over clichés. Sorry. No arrests shall be made today.
As with anything, use clichés sparingly. Keep in mind that a little goes a long way.

I'd love to hear from you. What's your favorite cliché?

I have a plethora of choices here too friggin numerous to mention.
But this book is just full of them and every urban myth the guy could throw into a book
https://www.goodreads.com/book/show/1802397.Smashed_Squashed_Splattered_Chewed_Chunked_and_Spewed?from_search=true

Sounds like a wonderfully entertaining book, Karen. Thanks for sharing!