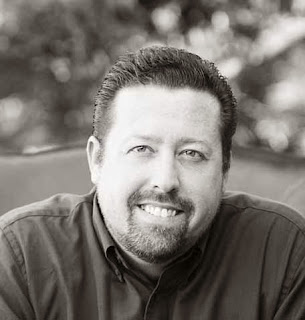 Brae Wyckoff is an award winning and internationally acclaimed author, born and raised in San Diego, CA. He has been married to his beautiful wife, Jill, for over 20 years, and they have three children. He has a beautiful grandson named Avery. Brae has been an avid RPG gamer since 1985. His passion for mysterious realms and the supernatural inspired him to write The Orb of Truth, the first in a series of fantasy action adventures.

In addition to writing the Horn King Series, Brae is the host of Broadcast Muse blog talk radio program, featuring interviews with authors such as William Paul Young of The Shack, artists—American Idol contestant MissLadybug and Christian Hip-Hop singer Nomis, and world changers, Bethel Healing Director Chris Gore and others. Brae and his wife, Jill, are the founders of the International ministry called The Greater News, where they report on miracles from around the world. He is also the CEO of LR Publishing, a one-stop publishing service provider geared specifically for the growing genre of Destiny Action-Adventure Fantasy, which brings life, purpose, and ultimately a message of hope.

The Orb of Truth won Best Christian Fantasy Award for 2013 and has been voted #1 in several categories, including Best Indie Fantasy Book, Epic Fantasy Worth Your Time, and Fantasy Book That Should Be Required Reading.

His sequel, The Dragon God, is making waves. It was voted "BEST New Epic Fantasy" and rated "TOP Fantasy Book" for a series.

Join Brae and other Amazing Authors for a Facebook event from January 8 - February 28, 2014 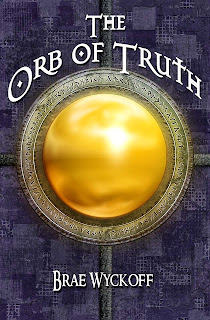 In the hundreds of years since the Holy City disappeared, darkness has fallen over the land. Human kingdoms have seized control of the realm, scattering the other races into hiding.

Bridazak, a skilled thief, and his friends, a Dwarf and a fellow Ordakian, have dared to remain within the human communities and live relatively quiet lives, until they discover a mysterious, magical artifact. The three friends are thrust into an adventure that will challenge their faith, their purpose, and their destiny as they chase a forgotten and lost prophecy across the realm of Ruauck-El, where they hope to discover the origins of the strange item and their place in its history.

An ancient, unknown enemy threatens the completion of their journey at every turn. Bridazak is about to face the biggest adventure of his life, one that may change the known realm, and answer the questions he has carried all his life. Will they unlock the truth?

The Orb of Truth is the first book of The Horn King Series. 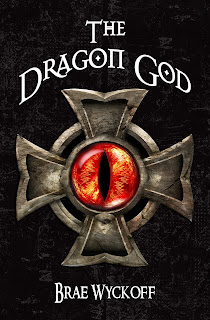 As the heroes of Ruauck-El emerged triumphantly in The Orb of Truth, the first book in the Horn King series, they could not have imagined that an even greater evil still lay ahead of them. Raina has discovered a new threat to the realm, and teleported King El'Korr—against his wishes—to the West Horn King's capital city, Tuskabar, in hopes of thwarting an evil Mystic's plan to acquire the five dragon stones. Each relic harbors an ancient dragon spirit, and, if combined, would unleash a multi-headed deity beyond imagination, to begin a reign of terror upon Ruauck-El.

Meanwhile, Bridazak and friends are in search of Spilfer Teehle's missing family. Their quest leads them to visit old enemies, travel through beautiful but deadly locations, and will ultimately take them on an adventure of new discoveries of themselves. Each group is on their own mission, but as destiny would have it, their fates are more entwined than they could possibly know.

i love your page it is awsone

This is a very interesting article!

Thanks for having me on your blog once again! You are such a gracious host. Be blessed!

Pam, I'm go glad you like it. Please come back and visit again.

Cindy, so glad you dropped by!

Brae, as always you are welcome to visit. I love having you here and I look forward to our chat next week!