Sexy Without the Sex - Bad Day by Dellani Oakes

Reva Kelly is an up and coming wedding planner. She's the number one planner for Perrine Wedding Planners and a favorite of the owner, Jacob Perrine. When she falls and breaks her ankle one day, he has his "personal physician", his nephew, Hal, check on her at the hospital.

Hal Perrine and Reva are immediately attracted to one another and it's all they can do not to hop right into bed. The desire is there, but they both realize that it's a bad idea, for a variety of reasons. However, that doesn't stop them from getting cozy. Hal takes Reva to dinner with his friends, Morgan and Tanya, at his favorite restaurant, where she meets members of her favorite band. The frontman, Cullen, hits on her. 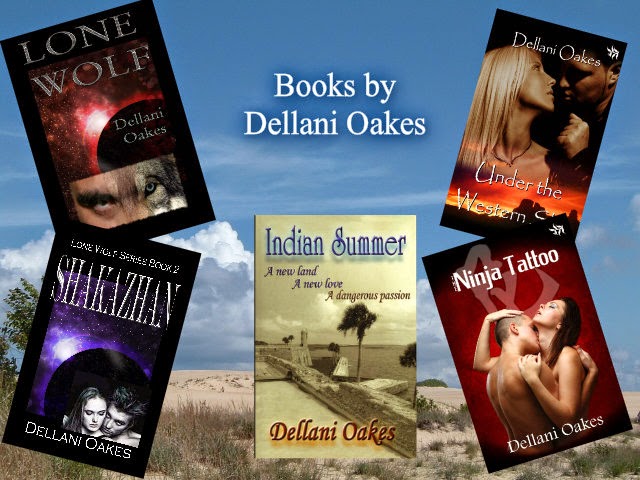 Hal came back from the restroom to see Cullen leap back on stage.
"Was he making a pass at you?" he asked Reva.
"Just a pass?" Morgan scoffed. "Cullen never makes a pass, he makes an entire offensive play looking to score. He doesn't know what a pass is, he goes in for a touchdown."
"Are we done with the football analogies," Tanya asked in an exasperated tone. "Let Reva answer for herself, Morgan."
"He was," I told Hal honestly. "But I asked if I could sample the goods before I wrote you off completely. He was very amenable."
"That's because Cullen is convinced he's irresistible."
I leaned over, speaking quietly to him. He looked very upset that Cullen had been hitting on me. What I saw as playful banter, he saw as a serious play for me.
"He would be, if I hadn't met you first." I took his hand in both mine, squeezing gently.
"Really?"
"Really."
"Hal, has Reva seen the dock yet?"
"No, Morgan, I don't believe she has."
"Why don't you show her the dock, Hal? There's a lovely view of the river from there."
"Thanks, Morph. I will." He gave me a hand up.
We walked slowly out to the dock. It was getting chilly on the water. I was glad of my long pants and sweater. It was indeed beautiful on the dock. A light wind blew the sounds of the restaurant away from us. The moon glittered on the slowly undulating river, shimmering with the movement of the water. Not quite full, it shone like a huge, silver disk.
Hal put his arms around me as we leaned against the end of the dock. I shivered slightly, though I wasn't very cold. I think it was more of an anticipatory shiver than it was a chill.
"Sorry for how I reacted in there. I've lost more than a couple women to Cullen over the years. He doesn't do it on purpose. I guess a rock star is more exciting than a doctor."
"He's definitely cute," I said, rubbing it in a little. "But you're gorgeous." I let that sink in a moment, gazing into his golden eyes.
"Reva, I. . . ." His lips met mine before he finished what he was saying.
His kiss was full of promises. With each passing moment, I knew he would fulfill every one and make more. It was rich and sensual, bathed in dark chocolate and whipped cream. I smiled at that thought, remembering long forgotten fantasies of my youth. I knew, at that moment, if I told Hal those silly, girlish dreams he would do his best to make them come true.
"Did you mean what you said?" He asked quietly, his voice husky.
"Which thing did I say?" I didn't want to talk. I wanted to keep kissing him.
"About sampling the goods."
I took his lower lip in my teeth, nibbling gently. "What do you think, Doctor Hal?"
"I think that's a yes." He chuckled, kissing me again. Hal stopped suddenly, looking thoughtful. "Cosmo would kill me if I did anything to jeopardize your recovery." He looked upset, his doctor's training overriding his manly urges.
"How is kissing me going to harm my recovery, Doctor Hal?"
"Because I don't want to just kiss you," he told me with flat honesty. "And it wouldn't be a good idea to participate in a full contact sport right now."
"Sex isn't a full contact sport, Hal."
He laughed deep in his chest, the seductive tone back in his voice. "It is the way I do it." He winked and kissed me again. "Besides. . . ." He let his lips trail down my neck. "If I took you to bed right now, you'd think I was a player."
I considered that a moment. He was right, I would think that. "Then you need to charm and romance me first."
"I can do that," he conceded. "I'm pretty good at the charm and romance." He let his lips linger on mine, just barely touching. "It's the long term commitment I have to work on. But I'm ready to do that now." He sighed contentedly.