Sexy Without the Sex - Call Me by Dellani Oakes 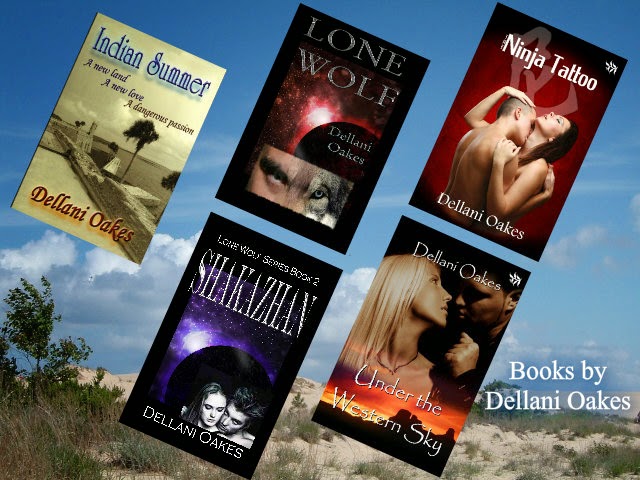 This excerpt is from a story called Call Me (not yet published). Moira Crane teaches high school English. She has a strict no phone policy in her classroom and even makes the students put their phones in a special bin at the beginning of class. One day, her phone rings during class, so she adds her phone to the bin. When the students leave, she finds her phone is missing. Upset and frustrated, she goes to the police to report the theft. While she's there, she meets Detective Rhys Fletcher.
Rhys and Moira hit it off and he asks her to dinner, which goes remarkably well. The next night, he invites her to a special Christmas event on beachside. After the Light Up Flagler event ends, they walk back to his car, which is parked a few blocks from the beach.

Police officers on bikes road up and down the street making sure that no one was too drunk to drive home. They all knew Rhys and everyone stopped to say hello. They were obviously curious to meet Moira. He proudly introduced her to them as his girlfriend. Once they were gone, he pulled her close.
"I hope you don't mind me being presumptuous by introducing you like that."
"Not at all, if I can introduce you as my Meat Popsicle."
Rhys hugged her tightly, kissing her loudly on the mouth. "I will be whatever you want, Miss Crane. Meat Popsicle, willing servant, boyfriend or love slave. Your pick—or all of the above."
"I guess we'll stick with boyfriend for now, with an option on love slave. I think you'd make a good one."
"Oh, really."
"Yup! You're all kinda hot and sexy, you dance divinely and you drive a cool car."
"Ahh, see, I believed you until you mentioned the car. Now, I know it's just because my car is sexy. Not because I'm sexy."
Moira snuggled close, her arms around his waist. "You could drive a Yugo and you'd still be the sexiest thing on two legs."
"Yeah?"
"Yeah." She nipped his lower lip.
"You're so beautiful," he whispered. "How did I get so lucky?"
"I've been asking myself that since you asked me out yesterday."
"I've been thinking it since you dropped your keys in the parking lot."
Rhys' kiss electrified her, making her spine tingle. His powerful body pinned her to the car as his mouth ravaged hers. His hands were everywhere, first grabbing her ass, next sliding under her top. He couldn't seem to get enough of touching her, kissing her. Moira felt a gush of moisture. She was so hot inside, she couldn't stand it. Nestor had never made her feel like this. She'd had sex with him, not because she desired it, but because he demanded it. She'd never wanted a man as much as she wanted Rhys.
Did she dare make a leap of faith? Could she let him into her heart, into her body? Would he disappoint her like Nestor had? Would he try to control her and manipulate her?
Rhys' hand stroked her breast and she stiffened. Shoving his hands aside, Moira pushed his chest. Puzzled and sex befuddled, he stepped back.
"I'm sorry," he muttered. "God, what's wrong with me? I'm being a beast." He reached to touch her cheek, but she flinched away.
Silence vibrated between them. Rhys took another step back, rubbing the back of his head with his left hand.
"I'm not him, Moira. I'm not going to hurt you like he did. I won't tear your heart into little pieces."
She took an angry step toward him. "How do you know that's what I was thinking?"
His step was measured, casual, non-threatening. "You read people, so do I. He hurt you horribly, I get that. But I'm not him and I won't hurt you like that. Do you believe me?" He wound his fingers in her hair, tilting her head back so she'd look at him.
"I don't know what to believe, Rhys."
"Touch me," he whispered.
"I can't read things about myself, I told you that."
"You're not reading yourself, you're reading me. What am I thinking?" He gazed into her eyes.
Moira touched his face, her eyes meeting his, staring at him. With a slow breath, she trembled, her fingers caressing his strong jaw and full lips. A shuddering sob forced its way up, but she gulped it back down.
"Why couldn't I have met you five years ago?"
Rhys smiled. "You wouldn't have liked me much back then. I was a real prick."
"I can't imagine you ever being anything but what you are now."
"What am I?" He kissed one hand, then the other.


"Wonderful." She brought his mouth to hers, searching and finding her answers.