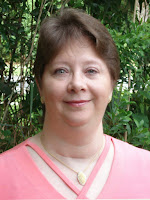 Motivation, it's not just for novels anymore. Actually, it never was just for novels, it was for any work of fiction. What we often forget is that Motivation is a part of life. We are all motivated (or not) to do certain things. It's integral to the human psyche and can't be ignored in our characterizations. We are all motivated to make certain decisions, beginning with the time we wake up. What to wear? Shower before or after breakfast? Toast or a bagel.... The small decisions we make from minute to minute get us through the day, and we probably don't even recognize we're making them.
Characters must have this same clear cut Motivation. This doesn't mean that an author has to walk them through every small decision they make, or each action. It does mean that big decisions should have a clear Motive behind them, whether it's a snap judgment or something carefully thought out, a decision must be Motivated by something. A character won't leap into a pit of vipers unless there's a good reason for it. Nor, will he or she suddenly decide to commit an act completely out of the blue. At least they shouldn't. That's not to say that people don't do that from time to time, but it's rare. Something inside made us make a decision we might not normally make and we act.
With a character, those moments shouldn't happen. It's one thing to take the readers by surprise, it's quite another to make such an abrupt 180º turn that readers are left breathless and twisting in the wind. That's a very uncomfortable place for a reader to be. They don't like it and it's often enough to make them put a book aside and quit reading. This doesn't mean you can't have a plot twist and take readers by surprise. It means that the Motivation must be clear. If my character is going to jump into a pit of vipers, it's because someone they love needs rescuing. Or the all important item they've risked their lives to obtain, is at the bottom of that pit. Or they're suddenly tripping on acid and the vipers are all in their heads.
Readers don't have to be in on the thought process. They don't have to listen to the inner dialogue that brings this decision about, but there must be a moment where that aspect of the character is revealed. This doesn't just influence great danger. This is any major choice the character makes. In a romance, this might be the moment that the couple decide to consummate their relationship with a hot, spicy love scene. In a mystery, the point where the victim makes the wrong turn on their fateful path to death.
Whatever the choice, the decision must be clearly available. This does not mean that the author needs to do a soliloquy, a la Shakespeare, though that technique certainly outlined the thoughts of his characters well. It can be something simple, such as: Her mind made up, she knew she had to rescue her lover from the bottom of the pit. Terrified, but resolute, she put the first foot into the midst of the vipers—and prayed.
We didn't hear every minute of the thought process, but we have a clear decision on the character's part. She's made her choice, now she's acting on it. Sure, she can be conflicted, but the motivation is clear.
Having trouble finding the motivation for a character? Ask yourself (or them) a series of questions to determine it. I'll list a few below, but you can generate your own list of questions that applies to your specific character and their situation.
Suggested Questions:

What do you most want?
What do you most need?
Will this decision get you closer to your goal?
Will this choice take you further away from your goal?
Is your choice selfish or unselfish?
Is this going to get you killed, injured, put in jail?
If yes, are the consequences worth it?
How will this affect the future?
Will you be a better person after this, or a worse one?

Obviously, these are not the only questions to ask, but they will get you started. Once you've been able to answer these questions to your satisfaction (and the character's) you can clearly delineate the motivation for your readers. It doesn't matter what the choice is—good or bad, right or wrong, just make sure the motivation is clearly expressed.

© 2016 Dellani Oakes
To  Buy Dellani's Books
For More About Dellani

Dellani Oakes is the author of 10 published novels and over 100 more which haven't been published yet. She's a Blog Talk Radio host on the Red River Radio Network. She's also former A.P. English teacher and journalist.