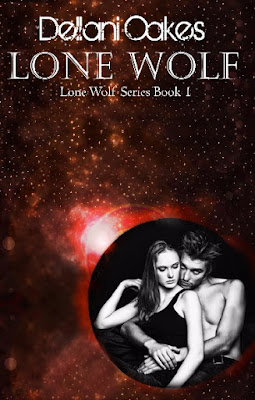 What is your story?
What makes you think there is one?

Who are you?
Colonel Wilhelm VanLipsig, Galactic Marines, retired

Where do you live?
On my ship, the Loup Garou.

What is your problem in the story?
Some pscyho son-of-a-bitch wants me dead and then he wants to take over the universe. The usual.

Do you have a problem the wasn’t mentioned in the story?
Yeah, I'm 86 years old, look like I'm 26 and I've been changed so much by the Marine doctors, I don't think I'm even quite human anymore.

Do you embrace conflict?
I embrace and make love to conflict. Or I face it, look it in the eye and roar until it backs the hell down.

How do you see yourself?
I am death, pure and simple. If you see me coming, then you've got about 10 seconds to say your prayers.

How do your friends see you?
I don't really have any friends.

How do your enemies see you?
My enemies don't see me. I kill them before they know I'm there.

How does the author see you? Do you think she portrayed you accurately?
The author thinks I'm dead sexy, smoking hot, jacked and dangerously seductive. She's not wrong.
What do you think of yourself?
I'm the coldest hearted asshole this side of the galaxy.

Do you have a goal?
Get the other bastards before they get me.

What are your achievements?
I'm not really allowed to talk about that. It's classified.

Do you talk about your achievements?
Never. First thing you learn in the Corps—loose lips get you killed. The only people who know what I've done are the others who were there with me—most of them are dead.

Do you have any special strengths?
My battle plans have made the textbooks. One general said, "VanLipsig's battle plans are a Symphony of Destruction with each movement bathed in the blood of the enemy.

Do you have any special weaknesses?
I can't carry a tune.

Do you have any special skills?
That's classified.

What do you want to be?
I am what I am, what more is there?

What do you believe?
I believe in honor and I adhere to it.

What do you regret?
I regret the fact that I wasn't there for the people who needed me.

What, if anything, haunts you?
The faces of everyone I've ever had to kill.

Are you lucky?
For now. Eventually that luck will play out.

Has anyone ever betrayed you?
Yeah. And I killed her for it.

Have you ever betrayed anyone?
Never. That would be dishonorable.

Do you keep your promises?
I don't make promises.

Are you honorable?
It's the core of who I am.

Do you have any distinguishing marks?
My left eye is a cyber eye and I have a deep scar on my left cheek. I also wear an eye patch.

What was your childhood like?
My father was a sadistic bastard who beat me for every possible infringement of his authority. Eventually, I opposed him in everything, because I refused to believe he could ever be right.

Did anything newsworthy happen on the day you were born?
According to my old man, hell opened its doors and spit me forth. When I was young, that hurt me. Now, I suspect it was true.

Did you get along with your parents?
I cared about my mother, she was a great lady. I hope I see my old man in hell. I have every belief that neither of us will make it to heaven.

Was there ever a defining moment of your life?
Meeting Matilda. She has made me become the man I wanted to be and couldn't seem to find on my own.

What is your most closely guarded secret?
If I told you, it wouldn't be a secret now, would it? Telling secrets gets you killed.

Do you have any hobbies?
Does sex count?

What is your favorite color?
I don't have one. It never seemed very important.

What is your favorite food?
I'll eat anything but Mango Macaroni Surprise. The surprise is that it's completely inedible.

What is your favorite beverage?
Morwellian Brandy because it's the only thing that can give me a buzz.

What is your favorite music?
The 1812 Overture because it reminds me of a simpler time.

What is your favorite item of clothing?
I don't really care what I wear as long as it doesn't bind in the crotch or itch. But I always have my gunbelt, even if I'm naked.

Name five items in your purse, briefcase, or pockets.
Pocket humidor full of cheroots, lighter and my gun. I don't carry anything else. Too much stuff slows you down and can identify you when you're dead.

If you were stranded on a desert island, would you rather be stranded with, a man or a woman?
What the hell good would another man on an island be? A woman, preferably a brunette with lots of stamina and a killer figure. It would be nice if she was intelligent too, but that's not a requirement.

How do you envision your future?
I try not to. Life is the here and now.

For More About Dellani