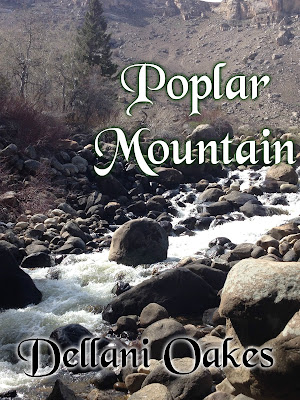 Willem bids goodnight to the women, then goes to find his brother, who has raced off to his quiet place behind the school's chapel.

"You ought not to have told 'em like that, Will."
"I know. Wasn't thinking right."
"Happens when you think with little willie," his younger brother said with a chuckle.
Will smacked his brother across the back of the head. "Hush up, you. We were celebrating our engagement. Can't tell me you wouldn't do the same."
"Don't think Dollie would let me."
"Have you told the girl how you feel?" Will dropped to the ground next to his brother.
"I tried to during the dance. You know that ain't easy for me. What's a girl like her want with a man like me anyhow?"
"What's wrong with you?" Will plucked a piece of grass, placing it between his lips.
"No education past twelfth grade, no money, no prospects. I got me a slice of Pa's land, and a life of hard work ahead of me. When he's gone, I got a farm to run. I can't take a city girl into that life."
"We got other brothers, Luke. Don't have to be yours if you don't want it. Samuel'd take it...."
"Pa wants me to. He made me promise, the night you left."
"He was drunk off his ass that night. He'd of made you promise to take him to the stars, if the notion took him. That ain't a binding promise."
"It is to me. I can't even tell Dollie how much I love her. I ain't got words, Will. She's like an angel, just outta reach. How do you get a woman like that?"
"Let her come down off that pedestal you put her on, and see." He punched his brother in the arm. "You're a good man. You work hard. Don't matter you ain't got a college education. You're smart as a lick. Dollie needs a man to love her and take care of her. That man's you, Luke. You fell for her the same time I did Patty."
Lucius had to admit that was true. He hadn't spoken a word to her that first day, but he fell in love the second he saw her. She'd stepped out of Mr. Bertram's car in front of the office and his heart leaped right out of his chest. Her brown hair and smoldering dark eyes captured his heart, setting his soul on fire.
"I love her more than my own life," Lucius confessed to his brother.
"Then you'd better tell her, or I will."
"You won't!"
"Will too, if you don't. Tell her, and see what she has to say. I guarantee it won't matter a damn what you do for a living. She loves you."
"Reckon it was Pa set that fire?" Lucius desperately wanted to change the subject.
"Nope. Don't know who did, but weren't him."
"I don't think so, either."
In silent agreement, the brothers headed back to Harlan along the silent, dark mountain road. They made it to Willem's rented room. Wasting no time on further talk, they got ready for bed.

Sunlight streamed down from a clear blue sky. The air was fresh, the day was new, the sun peeping over the mountains greeted her with a smile. Morning was Dollie's favorite time. Stopping outside the girls' dorm, she inhaled deeply, smelling the crisp morning air. Scented with pine and mountain laurel, it delighted her. Another deep breath and she was on her way to the dining hall for breakfast.
Patty was there all ready, having breakfast duty this week. Next week, it would be Dollie's job. The scent on the breeze changed to biscuits and bacon as she stepped onto the broad wooden porch.
Several boys were leaving the dining hall. They held the door for her, watching as she walked in. Even twelve year old males weren't immune to Dorothea Belloit's beauty. In fact, she'd been turning heads since she was twelve years old herself. The irony was that Dollie had no idea the effect she had on men. Though many men had wanted to date her over the years, none could seem to find the way to attract her attention. She was as oblivious to them as she was her own charms. Only Lucius Henry had found a way to circumvent her inadvertent defenses. Perhaps it was because in his own way, he was as unaware of his appeal to the opposite sex as she.
Dollie looked around for her sister. Patty was in the kitchen serving scrambled eggs. Dollie got her tray and joined the line. Her platter heaped with fluffy biscuits, fresh butter, hot scrambled eggs and bacon, she found a place to sit. One of the girls brought her coffee fixed just the way she liked it and she took a delicate sip before saying grace and eating her meal.
While her eyes were closed during her blessing, someone came up to stand beside her. When her eyes fluttered open, she saw it was Samuel Henry, teenage brother of Lucius and Willem. He asked if he could sit.
"Sure. Have you eaten?"
"Ma fed me. Miss Dollie.... You seen my pa this mornin'?" He looked and sounded worried.
"Why, no, Sam. I just got here a few minutes ago. I thought he'd be home—sleeping...." She didn't want to discuss Mr. Henry's drunkenness with his seventeen year old son.
"He were there a bit, then got up and left. Ma's mighty worried. He don't usually go off like that, not after he's likered up and been brought home. He's more apt to sleep it off. And after the fire down here, well...."
© 2019 Dellani Oakes

This is Great post, i will Read it i hope you will Write new post in some days I will wait your post. Thank you for sharing this blog.
Reckon Support Number