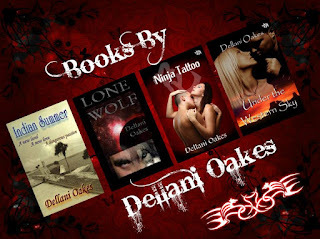 Parents know excuses. We've all heard them. "It's not me. I didn't do it. You always think it's me. He did it! It's her fault!" I always loved the Family Circus cartoons with the little invisible child running around named "Not Me". It seemed so perfect for parents.

Teachers hear excuses too. "I wasn't talking, it was him. She hit me! The dog ate my homework."
I remember once when I was teaching, one of my students brought in a mangled piece of paper in a ziploc bag with a note from his mother.

"The dog really did eat my son's homework. We have a new puppy who chews anything and the paper fell on the floor. We thought it was so funny, we decided to show you." He'd done the homework over again, but brought the chewed up page as evidence that it really does happen. He offered to let me keep it, but I thought that was a souvenir I could live without.

My eldest son, has a propensity for smacking himself in the head and requiring stitches. Once when we were visiting my in-laws in Mississippi, he was rolling around in the family room getting dangerously close to furniture. I told him to stop and admonished his older sister and much older cousin to keep an eye on him.

Five minutes later, pandemonium ensued. My nephew ran out of the family room with my daughter and son behind him.

All my son said, with his hands plastered over his bleeding face, was "Blood! Blood!"

My husband says I got hysterical and he had to slap me. NOT! I did get somewhat hysterical, but there was no slapping involved. The fact he's still breathing gives testament to that.

Anyway, we finally got it sorted out and my father-in-law and I took him to the Urgent Care for stitches. Of course, none of the kids wanted to take responsibility for that one. I never did get a clear picture of what happened.

I've always disliked finding the Dreaded Broken Object. You know the scenario: semi-precious, somewhat expensive item, possibly one with great sentimental value, is found (generally by Mom) broken in at least three pieces. It looks like it's been hit with a baseball, maybe knocked off the shelf with a tennis racket—neither item is allowed inside the house, but it's happened anyway.

"Who broke this? Mom asks.

Nearest child makes himself scarce. This isn't an admission of guilt, it's just the smart move. Mom's temper is now nearing the boiling point and being in grabbing distance is a sure fire way to get smacked.

"I said, Who broke this?" Mom is getting louder and a little shrill.

"I think it just broke," the bravest of the children, usually the middle child, replies.

"Just broke? This belonged to my grandmother! It's over a hundred years old. It didn't just break!"

"No, they don't! This got hit with a baseball! (soccer ball, tennis racket, air gun) It didn't break by itself! Where's your father?"

Dad has, by this time, vacated the premises leaving the children to fend for themselves. Because even though he didn't break it, he knows he's going to take the heat. He hides at his favorite bar until the heat is off.

While Mom is looking for Dad, the kids run to the nearest neighbor's house, all of them denying that they were responsible for the damage. Eventually, Mom sits down and has a good cry, followed by a hot shower and another cry as she bags up the remains and disposes of them. She might never know who broke the precious item, but the children are much more careful—for a time.

Then, one day, the boys forget. The neighbor's son is over and they're tussling in the living room, tackling one another within two feet of another precious object.

Suddenly, a roar from the dining room doorway gets their attention. "What do you think you're doing? Stop that right now!"

"We weren't doing anything," the guilty parties say in unison.

The neighbor child, thinking that the Wrath of God is about to descend, tries to leave. Mom holds them spellbound with her voice.

"If you every do that in my house again, I will personally break you in half! Get out! Get—OUT!"
With a bunch of mumbled, "It wasn't my faults" and "It's not mes", she herds the children out the door to wrestle in the front yard. After all, they can't break anything but themselves out there. Once more content, Mom puts up her feet, sips her latte, knowing her work defending priceless objects is done—at least for now.

Dellani Oakes is a sometimes angry author who hates broken objects nearly as much as earthquakes and hurricanes.
at June 03, 2013