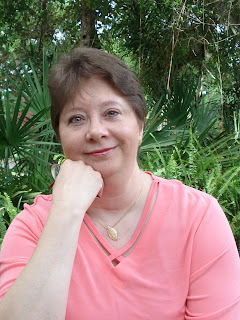 When my eldest son was a teenager, he and his friends would make a circuit of their homes and have Thanksgiving, Christmas, Easter and New Years dinners at one another's homes. They often came over for dinner, depending upon what was on the menu. One year, I had a bumper crop of lemons on my tree, so I decided to make lemon chicken. I searched the internet for recipes, finally deciding to combine two to make the ultimate meal.
I cooked the chicken and made a delicious, creamy lemon sauce to go over it. I served it with mashed potatoes and green beans as well as fresh bread. It was a feast!
We sat there eating and I noticed that one of my son's friends had walked to the refrigerator and had come back looking guilty. Trying hard to hide something from me, he sat back down. When he thought I wasn't looking, he opened the bottle of ketchup and was about to squirt it on his plate when I caught him.
“Well, the chicken is kind of dry.”
“There's lemon sauce on the stove. Right there on the front burner. Guess you missed that.”
Sheepishly, he went and got some lemon sauce. A few minutes later, I saw another friend sneaking to the refrigerator. He did this kind of hunched, low, duck walk to the kitchen. This is a kid who was about 6'2”. I'm not gonna see him sneaking across the floor? Maybe he just didn't use his full Ninja skills, cause I caught him too.
“The chicken is kind of dry,” he admitted.
“Did you not listen? Less than five minutes ago, I said there was lemon sauce on the stove.”
He said nothing as he got the sauce for his plate. I was furious by that time and decided to re-emphasize the house rules on the use of ketchup.
“In my house, ketchup is for hot dogs, hamburgers and french fries. We do not use ketchup on anything else, is that clear? If any of you try to put ketchup on this chicken that I spent two hours preparing No One will eat over here ever again. Is that clear?”
I'm a good cook and I always had plenty of food for a bunch of hungry boys. Lucky for them, they took what I said to heart. After that, I didn't have anymore trouble with the ketchup bottle coming out at inappropriate times.