A Snippet from For Love of Katie B by Dellani 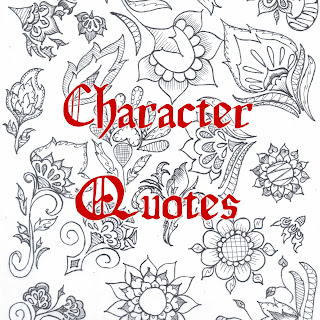 Kathleen Bonaparte, fondly known as Katie B, is an actress at a live theatre downtown. She recently broke up with her long time boyfriend, and started dating Yung Li. Li comes from a large family, with nearly a dozen sisters. He has taken Katie to an art gallery opening that his mother organized. When they get to the car afterward, his youngest sister, Ling, is waiting for him.

Some Language Might Be Objectionable to Some Readers. If this describes you, don't read it.

Ling was waiting by Li's car.
"Daddy said I could ride with you. I think he wants you to have a chaperon."
"Well, shucks, Babe," he said to me as he opened the door. "We can't have a hot time in the back seat."
"As if you'd get Katie back there in the first place," Ling replied, climbing in back.
"She has a point. I don't do back seat sex for anyone, sorry, Babe."
"Neither do I," he admitted. "Now the hood...."
Ling smacked the back of his head.
"No hitting the driver once we're moving. I mean it!"
"Honestly, bro, as if I would."
"I may be the only boy, and viscously outnumbered, but I'm still your older brother. And I'm the one in charge, here. Are we clear?"
"Yes!"
"Good. I've never hit a woman in anger. Don't make me start."
"Ever hit one not in anger?" I asked, raising a curious eyebrow.
"Only consensually. I believe there were handcuffs and safe words involved."
"Yung Li!" His little sister screeched, following with something very shrill in Korean.
Li laughed, correcting her pronunciation or grammar.
"Whatever, you know what I'm saying."
"Yes, but if you want to say it correctly," he nodded, indicating that she should listen.
"Yes, Sensei," she drawled. "You're so mean."
"I'm your big brother, I'm supposed to be. So, what happened with that guy?"
"Which one?"
"The one who wanted to get laid."
She rolled her eyes. "Doesn't that describe every man on Earth?"
"The dude with the purple hair hair and the piercings. Fang boy."
"Oh, him! Well, obviously he got nowhere. I just did that to piss you off."
Li's turn to roll his eyes. "He had some interesting ink. But how he walked through a metal detector without it exploding, I don't know. Everything," he explained. "Eyebrows, lips, nose, cock."
"Oh, he didn't!"
"Did you see it?"
She didn't reply, merely folded her arms across her chest.
"Cock," he repeated. "Thought he was all that cause he's studied Ton Fuk Du or some shit. Thinks he's bad ass."
"Tae Kwon Do," Ling clarified.
"Yeah, that. I offered to bring him on my mat and teach him something and he refused—loudly—one might say vociferously."
"One might, if one had that word in ones vocabulary," Ling snapped. "And he didn't do that because he was scared of you. He did that because he was afraid he'd hurt you."
"Yeah, that'll happen."
"You're being mean," Ling said.
I didn't say anything, but I gave him a look that said I agreed with her.
"I'm being a big brother, the only one you have, I might add. I love you and I care about you and I know what guys are like. Especially ones who sport a lot of ink and more metal than a gold mine."
"Are you like that? You sport ink."
"I've done my share of cruising for –tang," he said, pulling into a parking spot. "Did I ever force anyone? No. Have I used every persuasive tool at my disposal to convince her? Yeah, when I was sixteen. Since then, I haven't had to." He got out of the car, obviously angry. He opened her door to help her out. "You remember one thing, Ling. A guy is ready to divest himself of his virginity as soon as he has his first erection. He doesn't care what vagina he uses for that purpose, understand? He wouldn't care if it was you, the Queen of England or Hillary Clinton, he just wants vag. Most of us grow beyond it, but some guys never lose that attitude. Look for a guy who is interested in you as a person, not just cause you're a hot Asian chick with the right equipment."
Ling jumped out of the car, running to catch up with Clementine and Rex.
"That was harsh, Li."
"She needs to know that some men are predators. That kid was one of the worst I've ever met. He likes virgins. For him, it's some sort of contest. How many can he have before he dies. Before some girl's brother kills him, more like."
© Dellani Oakes 2018
To Find All Dellani's Books
https://www.amazon.com/Dellani-Oakes/e/B007ZQCW3A/ref=dp_byline_cont_ebooks_1