I'm delighted to turn over my space to T.C. Miller, author of BlackJack Bomber. Welcome, T.C.! 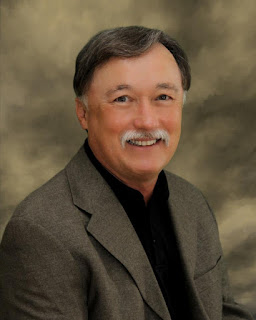 T. C. Miller’s twenty-four year Air Force career gave him the opportunity to live from coast-to-coast. It was during his assignment at Mather Air Force Base, California that he formulated the basic plot for his debut novel, BlackJack Bomber.

T. C. is also an accomplished martial artist, and has studied Hakkoryu Jujitsu, since 1976. He owned and operated a school in Rancho Cordova, Ca., Harrah, Ok., and McLoud, Ok. He is also the author of self-defense classes for women and children, and has taught handcuffing and apprehension classes for law enforcement.

He started writing as a pre-teen, and has authored magazine articles, lesson plans, and advertising copy. BlackStar Bay, the sequel to BlackJack Bomber, is scheduled for release in mid-2013. Although not a native Oklahoman, he considers it his home state. 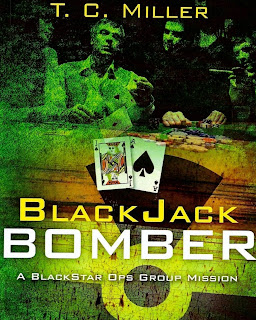 Five average, middle-aged suburban guys call themselves the Thursday Night Mafia, and their weekly blackjack game appears to be an innocent pastime. But looks can be deceiving, as casual talk over cards leads to an ill-fated plot to scam Lake Tahoe casinos. Their lives are thrown into a downward spiral faster than you can shuffle the cards. Caught red-handed by mob goons, and facing certain death if they don’t repay a fortune they don’t have, they turn to Rick. He devises a plan to use their inside knowledge of Air Force operations to commandeer a plane with nuclear weapons on board and hold it for ransom.

But the BlackJack Bomber holds Cold War secrets bigger than Rick’s, and the BlackStar Ops Group races against the clock to hunt down Rick. His vengeful plan includes the destruction of Lake Tahoe, and the death of thousands of people, and that’s just for starters. Ultimately, he hopes to auction off nuclear weapons, including the ultra-secret BlackStar system, to the international terrorist community.