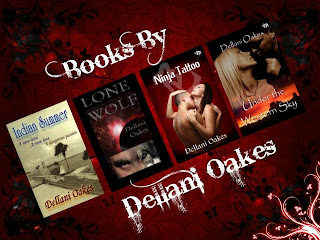 So, you wanna write a book and the characters aren't all from pristine backgrounds where cursing is forbidden. Some of them are gritty, earthy, down right nasty in their way of speaking. What do you do?
I have some characters who come from less than stellar backgrounds. Many are members of the military. Some are just average people who use the norm for their vocabulary. Listen to the voices around you – not all of them are “G” rated. It's not unusual for the occasional obscenity to enter their dialogue. If you're going to “keep it real”, your manuscript will need to reflect this language.

I don't mean that every other word must be the F Bomb, or some other overly colorful word. An author should be able to get the point across without that much realism. However, if a character – say, an ex-soldier in his 20s has something untoward happen, he's gonna say the F Word. Pretty much unavoidable – AND IN CHARACTER!

Don't curse just to curse. Keep the profanity for the dialogue and not your narrative. There's no need to pepper text with obscenities. However, don't be shy about using them where they would naturally occur. The aforementioned soldier isn't going to hit his thumb with a hammer and say, “Oh, Fudge!”

Not comfortable cursing? Replace it with an appropriate substitute. Example: Teague (the aforementioned soldier) hit his thumb with the hammer. Cursing loudly, he stuck his thumb in his mouth.

A word of advice – Unless the story is set in another place and time where they would say “Frack” “Feck” or “Frell” (or the characters are all sci-fi fans, who know the derivation of them all) they are probably going to say THE WORD.

Worried about my use of bad language in an early manuscript, I used substitutions and had a friend read through it. His response was, “I would rather read the real word.” After a couple other people said the same thing, I relented, but I shyly put the Words in. (I'm not that shy anymore) I think a small part of me thought my mother wouldn't like it if I cursed. So, don't tell my mother.

When is cursing in a novel appropriate? That, I suppose, depends entirely on the author and their characters. Be true to your story, use the language where it's necessary or find a good substitute.

To Purchase Dellani's Books:
Under the Western Sky and The Ninja Tattoo
Indian Summer, Lone Wolf, Shakazhan
at July 10, 2013