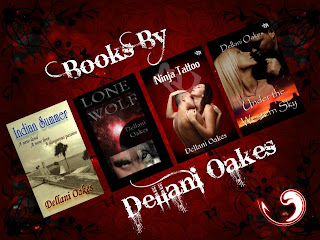 Here's another one from my Fun in Writing class. The prompt is used as the title. Once again, it was more fun to make something up.


If I had it to do over, I suppose I'd have done it differently. At the time, it seemed okay, but upon reflection, I guess it wasn't my best decision. However, you know how they say hindsight is 20/20? Yeah. That'd be me.
Not that it's a bad thing – per se – not exactly.... But I could have done better. I suppose we all kick ourselves from time to time, ruminate on the whys and wherefores of a situation, but this one really doesn't bear thinking about.
I should probably start at the beginning. I was standing on Molly Henderson's porch painting her trim. I do odd jobs around the neighborhood to make some extra cash. Anyway, she invited me in for iced tea and I graciously accepted. It was well over 90° in the shade and humid. Kind of like standing in a sauna – no air moving. The cool air in the house bathed my boiling skin in a chilly layer of gooseflesh. I sipped my tea, feeling it glide down my throat, as I chatted with Molly.
After my break, I worked my way around the front of the porch. I was glad of the deep overhang and the fact the sun was now on the back side of the house, and dipped my brush in the glistening white paint. Moments later, a wasp started circling my paint can. I swatted it away with my hand, but it came back. Something about that paint really caught its attention. I took another swat, this time with the paint brush.
All I succeeded in doing was pissing it off. Ever been on top of a ten foot ladder with an angry wasp buzzing around your head? I got off the ladder, taking a break away, hoping the damn thing would leave. When I went back up, there were three wasps circling the paint can. Great. Just what I needed.
I hopped back down and got a rolled up newspaper from the recycling bin on the side of the house. Armed with my weapon of wasp destruction, I went back to my ladder. In my absence, three more wasps had joined the ever widening circle of my paint can. I now had six wasps weaving a wobbling flight path over my can. I couldn't even approach it for fear they'd sting me.
Maybe now's the time to tell you that I'm deathly afraid of being stung. I sat on a swing with a wasp's nest under it when I was a kid. Couldn't see it because of the tall grass around the swing set. Twenty-eight stings I got that day. So maybe you can understand why I'm a bit leery, huh?
I halfheartedly swung my paper around, hoping to discourage and scatter the critters, but they weren't about to comply. Molly came to the front door and watched me for a few minutes, hands on her hips.
“Skip Richards, I'm not paying you to play tag with that paint can. Get back up on the ladder and finish my trim!”
“I'd like to, Miss Molly, but there's wasps....”
“Don't make me call your mama!”
“Miss Molly, I'm 23 years old. You don't need to be calling my mama cause of some wasps.”
“Swat those things away. Big boy like you ought not to be afraid of a couple wasps!”
“There's eight of them now. I can't kill all eight at a time! Not with this!” I held up my paper.
Molly huffed angrily and went inside. She came back with a spray can and a broom. “Spray 'em with this and knock 'em aside with a broom.”
I took the proffered weapons with trepidation. What good was hairspray? I thought she'd bring me some wasp killer or, better yet, a blow torch – but no.... I've got me a broom and a can of AquaNet.
Taking careful aim, and making sure I was upwind, I sprayed that hairspray for all I was worth. I must've used half the can. One wasp after another wibbled and wobbled and fluttered away. All but one. It landed on the rim of the can.
I sprayed it again. Instead of flying away, it did a strafing run at my head! I swatted at it with my hands, but it kept coming. I took up the broom, flailing around me like some kind of straw armed Ninja.
All of a sudden, Miss Molly's screaming at me from the front porch. I couldn't understand what she was saying until it was too late. I thwacked that ladder and paint can, ladder and all came down on me.
Covered in paint with a huge knot on my head from where the ladder hit me, I sat on Miss Molly's yard while she and the entire neighborhood had a good laugh at me.

Email ThisBlogThis!Share to TwitterShare to FacebookShare to Pinterest
Labels: Dellani Oakes, Dellani's quote of the week, fun in writing