The Maker Returns – An Excerpt 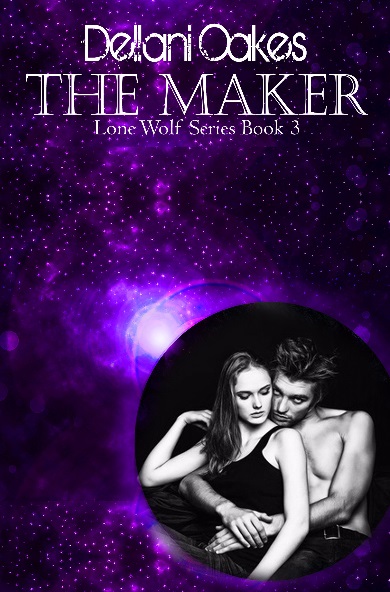 It's been a long time since I promised The Maker would return and I apologize. With one thing and another, it's taken longer than I anticipated to get it reader ready.
I'm delighted to announcethat it is now available for pre-order atAmazon!

A fading sun glimmered listlessly in the cloudless sky, growing dimmer each cycle. Shakazhan, the near dead planet below limped around the dying star, knowing no change of seasons. Dreary, gray-brown, scrubby foliage hung on by sheer tenacity, born of long habit. So these two had coexisted for millennia, neither giving in to entropy. At least they had until a year ago when once again, human feet touched the parched, desolate landscape.
Lost in the mists of myth and legend, no one had disturbed the planet's slumber until Wil VanLipsig and his wife, Matilda Dulac, arrived. They came in pursuit of Wil's son, John Riley, who sought to free the evil Kahlea Master. John Riley was dead, killed by his father. The Kahlea perished too, but not until after he had called to his brothers, begging for revenge. The Kahlea, their great minds as twisted as their grotesque bodies, once laid waste to Shakazhan. Their power seemed limitless, until the arrival of the Timokuan. These fierce warriors faced the Kahlea, driving them back to the deepest pits of space which spawned them.
Shakazhan barely survived, its stars destroyed, its sun drained of energy. And so it sat for millennia, waiting until such time as humanity returned, ready to rebuild it to its former glory. Now, no longer silent, Shakazhan is the center of great activity. Wil and Matilda prepare their small, but courageous force, to combat the encroaching Kahlea and their minions. Paths are worn in the stunted brown vegetation, leading from the teleport pads to the entrance of the planet's only existing structure, The Halls of the Hallowed Dead. The once dazzling golden arched entrance, flanked by elegant statues of warriors, glitters dully in the waning sun. It is all that attests to the glory that was Shakazhan.
Voices carry on the still air, echoing from the exposed rock face nearby. Laughter joins speech, creating a cacophony of sound far different from the clash and thunder of Kahlea war machines of the past. People live in domed buildings, in the shelter of these massive cliffs, finding solace in their presence.
Two great sentient, living ships circle the planet in stately, geosynchronous orbit, they provide shelter for those who have traveled so far from home. An elongated teardrop, each is the size of a large asteroid. A mated pair, Hammer and Anvil, house humans and the Kindred—an alien race who have sworn to fight the Kahlea. Highly advanced, the Kindred crew the ships, work as planet-side technicians and augment the human forces. Their telepathic powers make them a formidable ally.
The sun sinks below the horizon. Activity slows, as the humans take off from work early. It is a day of celebration, a time of peace. By the reckoning of the human's calendar, it's Christmas Eve.
© 2017 Dellani Oakes
Avery special Thank You to Suzette Vaughn for the beautiful cover!