Vile Villains from The Maker by Dellani 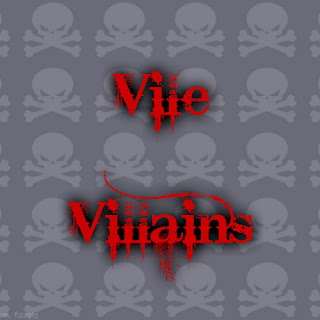 Surau is one of the villains in Shakazhan, though he doesn't meet his end until The Maker. I was going to share that moment, but decided that if you want to know what happens to him, you'll need to read the book.
After Riley's demise in Shakazhan, Surau is imprisoned, guarded by the Sentience's sentinals. Unfortunately, when they shut off the planet's systems in order to reboot the Sentience's programming, they don't figure on the fact that this will shut down her robot guards as well.

The Sentience coalesced and shimmered by their side, holding her hands as if she were blessing them all. More cheering followed. In the back ground, Wil heard a disturbing sound. He could tell Marc heard it too. An alarm howled down one of the tunnels. A sentinel, calling for help from its comrades.
"Quiet!" Wil roared in his battlefield voice.
Silence fell immediately. When everyone heard the alarm, panic set in. Sentience listened to a report, her brow furrowing in a very human way. "The prisoner has escaped!"
"Surau? But how could he?" Wil couldn't believe it.
"I didn't realize the sentinels would also turn off when the reboot came. He's gotten free! We have to find him!" Sentience cried.
"Matilda, you stay here, Marc and I can get him," Wil cautioned.
"No, I have to go, you need me!"
Wil didn't have time to argue. He, Marc, Matilda and Ben set off at a dead run. Ray and the Cats did their best to control the crowd, herding the people out of the cavern and back to the teleporters.
Having no gun, Matilda thought of her sword and dagger, but running with bladed weapons was foolish. She just pulled up her skirt and ran, kicking off her high heeled shoes. She still had her claws, that would have to do for now.
They arrived at Surau's lab, breathless and anxious. The sentinel shut off its alarm as soon as it saw them coming. It led them down the hall and then off to the right, along an unfamiliar tunnel.
"Where are we going?" Wil demanded.
The sentinel didn't respond.
"I asked a question"
It said nothing, just indicated they should follow it.
"It could be a trap, Wil." Marc's frown deepened.
"I'm aware of that, but we have to take the chance. If he gets too far, we may never get him back. There's no telling what he's capable of."
Marc and Ben nodded resignedly, not liking it, but liking the alternatives less. 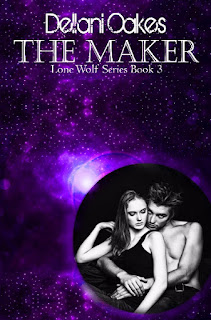 Wil took point, Matilda falling into place slightly behind and right of him. Marc came in next to her on the left and Ben brought up the rear. The area was fairly clear, but they soon found the going harder. With damaged floors and walls partially caved in, the path got rough. Matilda regretted removing her shoes, but there was no going back for them. She ordered her Kindred suit to protect her feet and picked her way carefully.
They came to a junction. A stone tunnel lay to the left and a metal passage to their right. Ahead of them was a blank wall of dirt and debris where the stone tunnel had caved in. Wil started left, his decision confirmed by the sentinel.
Having no knowledge of what lay ahead, Wil did a quick recon. The others waited several feet behind him. Matilda was in a panic the entire time he was gone, but he returned in a few minutes. He moved quickly, a silent blur and he stood beside her. Using hand signals, he told them the way was clear, no branching passages.
When they reached the next junction, he sent the sentinel down to check one passage, while he went down the other. Again, one of them was blocked. The sentinel scurried back to their position and Wil came up shortly after.
"Nothing," he signaled. "We've lost him."
The sentinel flashed its lights, flying to the other passage, then back to their position. Frowning, Wil hesitated. Marc set off after the sentinel. Wil followed, Matilda right behind him, with Ben in the rear. The sentinel stopped about ten feet ahead of them, at a branching tunnel.
Marc approached cautiously, weapon ready. A quick glance left and right, he stepped back toward them, still facing the tunnels. He shrugged, unsure of which way to go.
The blank wall in front of them exploded outward, hurling them back. Surau had hidden himself in the partially collapsed wall. He leapt at them, giant scorpion tail up and threatening to strike. In the confined space, he couldn't use his most deadly weapon, but his tusks and talons did well enough.
Bellowing loudly, Surau rushed them, forcing them back. Matilda took a swipe at him with her claws, but they glanced off his hide and one of them tangled briefly in his tusks. Red eyes glittered with insanity, as he lowered his head to charge.