I Love Dialogue from When Tis Done by Dellani 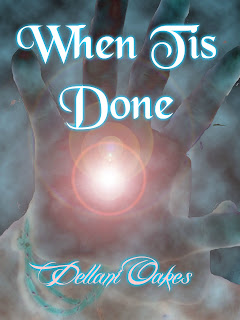 After the death of Chase's father, his Uncle Neil comes home. He's going to take the place of Dora, Chase's mother. Cliff's place has been taken by his younger sister, Cynthia. Neil was in love with Cynthia when they were teenagers. Seeing her again after almost 20 years, he realizes the old feelings never died. The two of them have just spent some quality time getting reacquainted.

They said goodnight. Chase was ready for bed, so Neil took a quick shower and brushed his teeth. He could smell Cynthia's cologne on his clothing and it made him want her again. He remembered, with a lurch, he'd promised to call when he got home. Picking up his phone, he saw a missed call. It was from Cynthia. She merely said to call as soon as he got the message. He called back immediately.
“You must think I'm a real dick,” he said when she picked up.
Cynthia laughed. “No, but I was worried.”
“I'm sorry. Chase was up when I got here. Kid needed to talk.”
“He's going through a lot right now.”
“Yeah. I know. I hope that I can help.”
“I don't know about Chase, but you sure helped me.”
“Yeah?” He couldn't keep the delight from his voice. “You helped me, too, Cindy Lou.”
“Uhh, I wish I'd never told you my middle name is Louise.”
“Really? I'd forgotten that. I just always thought of Cindy Lou Who.”
“Now I really want to smack you.”
“Promise? Some gentle abuse, light bondage.... I'm up for it, but are you sure that's how you roll, babe?”
“You are semi-impossible, Mr. Braxton.”
“Only semi? I think I should be offended. Really, the more accurate assessment is semi-improbable and nearly impossible.”
“Oh, I apologize for irregular use of adjectives.”
“I do love you, Cindy Lou.” He paused. “Shit, is it too early in this budding romance to say I love you?”
“Took you twenty years to say it. I think it's allowed. Had we just met, Mr. Braxton, it would be entirely too soon.”
“Yeah, if we'd just met, I betcha we wouldn't have done what we just did, either.”
“Safe bet. But we didn't and Boy DID we!” She giggled light heartedly. “I think it's semi-improbable that I feel this good.”
“It's nearly impossible that you feel as good as I do.”
“Superlative Game, Mr. Braxton? Should I be offended?”
“No games, Cindy Lou, just the God's honest truth. I feel better than I can ever remember. See what happens when I get to make love to the most beautiful woman in Miracle, Mississippi?”
“Not to mention the entire county.”
“Venture to say, the state.”
“The whole Southeast.”
“Babe, you are the most beautiful girl in the world, to me.”
Her reply was a sniffle. “I've missed you so much, Neil.”
“I'm back, Cynthia. I'm not going anywhere.” He yawned, loudly. “Except to bed. Jeez, is it really almost three? I've been awake nearly twenty-four hours!”
“Call me when you wake up.”
“How about you call me? I don't want to wake you.”
“Shoot me a text or I will shoot you one. Whichever one of us gets the text first, calls.”
“Works. Goodnight, Cindy Lou.”
“Goodnight, Neilio,” she teased, hanging up quickly.
© 2018 Dellani Oakes
To Buy Dellani's Books