That's Quite a Character Aileen Griffin from Conduct Unbecoming by Dellani 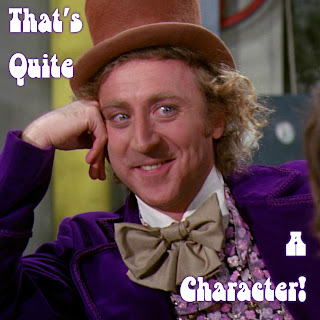 Aileen Griffin is an interesting character. She was suggested to me by my friend, Aileen Aroma. She loved The Ninja Tattoo and Teague, the hero, so much, she asked to be a character in the second book Conduct Unbecoming. How could I say no? I created Aileen and she jumped into the story, hit the ground at a dead run, and carried events away like a house on fire.
Since her arrival in Conduct Unbecoming, she's been in at least five more of my books (not yet published). She continues to amaze me with what she does and says. She's one of the most formidable, capable women who's ever walked onto my pages.

Aileen Griffin got off the plane, sunglasses on her head. She walked to the car rental, then to the baggage pickup. Settled in her white Dodge Dart, she turned left onto International Speedway Boulevard, heading to the interstate. Taking the south bound exit, she drove to Edgewater. Hitting the city limits, she called Teague.
"Yes, your majesty?" he answered without saying hello.
"Funny man. You should be on stage."
"What do you want, Aileen?"
"An update."
Heaving a sigh, Teague told her what he'd discovered, also mentioning the man on the beach. He didn't tell her where Nadeya was, but she didn't even ask if he'd found her yet.
"Please call me with any updates."
"Sure will."
"Thanks, Teague."
"No problem." He hung up.
Aileen smiled and pressed a few buttons on her phone. A special GPS program had initiated with her call. She knew exactly where he was. Setting the phone in the hands free holder on the dash, she drove confidently to Teague's location.

The dogs started barking shortly after the four of them sat down to breakfast. Han ran to the door. Leah went to the window. Standing on her hind legs, she examined the outdoors, growling. Han's hackles rose and he stalked in front of the door uneasily.
A white Dodge Dart pulled up next to Teague's truck. A trim, well built woman with light brown hair, got out of the car. She scanned the terrain like a soldier, her hands on shapely hips.
Nadeya took Vivica to the office. Jasper and Teague flanked the door, watching the woman's progress through the narrow windows beside the door. Putting his head in his hand, Teague groaned. Even in jeans and a crop top, he recognized her. He told Jasper to holster his weapon and lock up the dogs.
"It's Aileen," he said.
"The ex?" Jasper struggled a moment with Han. Leah came quietly. He put them in the guest room.
"Yeah." Teague opened the door and went down the front steps. "Let me guess. GPS program on your phone."
"Handy dandy device, McMurtry. You should try it." She held her phone up proudly, waving it in front of him.
"I don't spy on people anymore, Aileen." He frowned, hands in his pockets. "Why are you here?"
"I took time off to help. Can I come in? I need to pee."
"Gotta ask the owner. Yo, Jasper!" he called loudly.
His friend came out, dressed in jeans and a tight Black Sabbath T-shirt. He looked fierce.
"The lady needs to pee," Teague said. "May she come in?"
"You know her well, bro?"
"Dude, I used to sleep with her."
Jasper nodded. They followed him inside.
© 2018 Dellani Oakes