Notable Narrative from Alton and Velda by Dellani 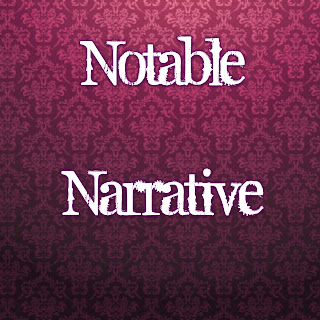 Alton and Velda is my one attempt at a true fantasy. This is not epic, like Lord of the Rings, but it's exciting and fun. Alton is a wood sprite. His fiancee, Velda, is a river nymph. They meet with Astrid and Revanth, both, ostensibly, human. However, Revanth has been turned into a horse by an evil witch. They ask Alton and Velda to help them get him restored to his former self.

Alton banked the fire and made himself some tea. The horse who was really a man, lay down nearby. Their connection still in place, they could communicate silently. Alton asked many questions and Revanth did his best to answer him.
The two males spent the long night in silent communication, listening to one another and learning much. The women slept deeply, the first good rest Astrid had experienced since they left her home.
"Why did you leave?" Alton asked Revanth. "Surely the safest place to stay was at your home?"
The stallion shook himself, twitching his ear.
"Oh, I see. They thought you were an enchanter, not enchanted. Awkward, to be sure." Alton chuckled softly. "What would they think of one such as me? I can talk to the trees, read minds and take away a young girl's fears."
The horse snorted, flicking his tail.
"I'm sure they'd flay me before burning, but ultimately, it would come to that. You're a brave man to take on such a journey." He paused, listening to Revanth's reply deep in his mind. "Aye, what can you do when you love a woman so much, it hurts? What indeed?" He shrugged. "Follow her to Earth's end, watch her every move and do your best to keep her safe. Along the way, catch a moment or two alone with her." He sighed. "And hope—always—that one day she'll notice how vast your love is, how all encompassing. So you'll do anything for her."
The horse inhaled deeply, his breath shuddering slightly. Alton and Revanth understood one another. Whatever differences they might have had in the beginning were gone now. They were brothers, united in their quest to protect the women they loved.
Morning found a cheerful fire burning and a pot of water bubbling merrily over it waiting to brew tea. The women woke with the chirping of birds and rustling of early morning rabbits foraging. The horse and the Wood Sprite were nowhere to be seen. Velda knew they were close, but couldn't help wondering where they'd gotten off to.
A soft breeze caressed her cheek, leaves whispered in the wind. She heard Alton's voice in the cadence of the leaves, assuring her they were nearby. She smiled and set about making tea. Moments later, the pair of them came into the camp. Alton was wet, Revanth laughing in his horsey way.
"The river and I came to a disagreement," Alton said as he gave Velda a kiss. "It very nearly won, but Rev pulled me out before it got the better of me."
The horse snorted again, flicking his damp tail.
"All right, I damn near pulled him in with me, but we've brought fish!" Alton held up a string of silvery river perch.
Velda laughed, clapping her hands in delight. Alton produced cooking utensils from his magic bag and she set about seasoning the fish before sautéing them in butter with a splash of wine. They ate with plates propped on their knees, delicately nibbling the tender bits of fish. Revanth had a bowl of fruit and vegetables and finished his meal with some grass and wild flowers.
Alton chuckled, watching his new friend act like a typical horse. "You'll be craving daisies when we've turned you back. They'll call you the Horse King and bring oats as tribute."
The horse turned his rear toward the Wood Sprite, blowing less than fragrant flatulence in his direction. Alton laughed so hard, he very nearly fell off his rock. The women watched the men, rolling their eyes in silent disgusted amusement.


Velda was pleased that Alton had found a friend. He'd been ostracized by his people when the two of them became lovers. His were a traditional people, taking mates from other neighboring tribes. They accused her of working her wiles on him, warping his mind for her own undisclosed ends. Her people were less conservative, but Alton couldn't survive the environment. They traveled the world, searching for a place they could live together in peace.
© 2018 Dellani Oakes
To Buy Dellani's Books
at February 01, 2018