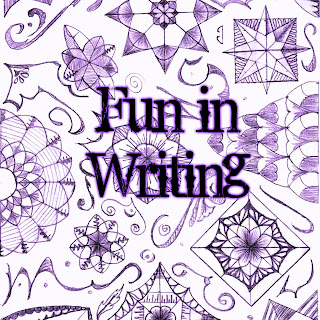 This assignment was a tough one for me. Growing up, we didn't have pets. We had a dog when I was a baby, but we left her with friends when we moved from Tennessee. Later, we found out I was allergic to everything but fish, so we never had dogs or cats.
However, I have had some strange, disturbing & eventful encounters with animals, so I'll relate a few of those. First one I can think of is the Castinada's dog, Daisy. Daisy was a Pekinese and the singularly most obnoxious little fuzz ball ever to walk the earth. She didn't like anyone, including family, except for Brad & Bart the twins. She was supposed to be their sister Jennifer's dog, but Daisy didn't like her either.
Whenever we went to Brad & Bart's house, we had to run the Daisy gauntlet. She took her job as self-appointed guard dog seriously. Whenever someone she didn't approve of walked in the door, she'd run at them, snapping wildly. (Oh, sorry, that's everyone, right?) We went by one day when I happened to be wearing stockings. This didn't happen often, but we'd been at some sort of function where I had to be dressed up. Daisy ran at me and tore holes in my stockings. After I got over the urge to stomp the little rodent into oblivion, I swore I'd get even.
Later that winter, I had to go to the twins' house again. This time I was ready. I wore my boots. These aren't some pansy, no-count boots, these babies are heavy calf hide boots with solid toes and dog stompin' heels. When she ran at me, I didn't kick her, I simply picked her up with the toe of my boot and tossed her across the room. She was so shocked, she forgot to bite anyone. It was bliss! I never had another problem with Daisy.
I told ya that story to tell you this one. When I moved to Hattiesburg, Mississippi from Scottsbluff, Nebraska, I kept those boots. I was glad I did. I used to ride my Schwinn to college and we had a nasty dog next door. I could have avoided him by going to the west, but the road was a busy one. Instead, I went the long way so I could avoid traffic. This mean I went right by his house.
I never learned the name of that rotten little rat catching Dachshund, but he made Daisy look like a real sweetie. He seemed to think that our yard was part of his territory. When he heard me leave the house, he'd dash off his porch, across our lawn and follow me down the driveway, snapping at my feet. He continued following me past his house to the end of the block three houses down.
Unlike Daisy, he didn't just snap, he tried to bite. Why his owners let him run rampant, I have no idea. Maybe they thought it was cute. I didn't share that opinion and I decided to do something about it.
Riding a bike in boots is awkward, but I did it. That nasty little beast was lying in wait for me one rainy morning. He lurked on the porch in the far corner, hunkering on his belly. I knew he was there and I was, for once, prepared. I got on my bike and took off, raincoat flapping at my legs.
Off the porch like he was launched by a trebuchet, he was in rare form. Snarling and growling, he made his final approach, determined to get me. I watched him coming, waiting. When he got close enough, I held up my boot, heel first, and kicked out. Again, I didn't try to connect, I merely scooped him up on my foot, tossing him unceremoniously into his yard. He landed with a confused 'yipe'.
Not one to give up, he started after me again. This time, he jumped, trying to bite me. He caught the edge of my coat in his teeth. Not willing to have my trench coat defaced by a set of canine teeth, I pushed at him with my foot. He didn't let go, so I stopped my bike.
The forward momentum slung him loose. He jumped at me again. I held up my foot and told him "No!" loudly and firmly. He was so shocked, he stopped running and did a face plant in the street. After that, he never followed me again. He'd run to the edge of his yard, barking wildly, growling and snapping, but like Daisy, he never came near me again.
You might think by these two tales that I don't like dogs. Untrue. I love dogs when they're friendly and well behaved. But I've got news for the nasty dogs of this town. I've still got my boots, and I know how to use them!
© 2018 Dellani Oakes
To Buy Dellani's Books
For More About Dellani