Take a Bite Outta Crime is Over

It's rare that I take a story idea from someone, but I've been lucky that they've worked out well for me. This one was written when my older sister challenged me to write a story about vampire caterers who solved crime. I hope I did her proud.
I'm not sure what to share next, but I promise you won't be disappointed. I'll figure something out to entertain you. Meanwhile, check out my books on Amazon—To Buy Dellani's Books You'll find blurbs for each below.

Alone in the big city, Pia Donvan is feeling rather lost when she finally arrives at the majestic, old hotel in the downtown area. All that changes when she meets Flynn Chancellor. He and his roommate, Yancy Fredrick, take an interest in Pia, introducing her to their city. Pia seems to have found her niche, making friends with the friendly residents in the old hotel. Life seems perfect, until one weekend when everything changes forever,

The Ninja Tattoo by Dellani Oakes

When Teague meets beautiful and sultry Vivica, he thinks his life is taking a turn for the better. Little does he know that he's been targeted for death by a violent biker gang led by Vivica's psychotic older brother. Now Teague must put his skills to the test to protect himself and the woman he loves.

Under the Western Sky by Dellani Oakes

It's small town Nebraska in the late 1970's and life in the small Midwestern town is quiet and uneventful. That's what Libby Marshall and Bobby Menedez think until Bobby's cousin, Ramon is beaten by a group of white boys. Racial tension is high after the beating and it's soon revealed that something quite evil lies hidden Under the Western Sky.

Someone wants Kent Griswald dead. Could it be his browbeaten younger brother? His haughty personal assistant or the disgruntled director of his next movie? Whoever it is, misses the first time, shooting someone else instead. It's up to Detective Walter Scott to uncover the truth before it's too late.

When Aileen calls asking Teague to look for their friend, Nadeya, he can't say no. Nadeya is dangerous and damaged, having seen her fiancé murdered. She's spent the last few years tracking down the men who killed him, seeking justice—or, at least, vengeance. When a body turns up on the beach, identical to a man Nadeya said she was looking for, suspicion targets her.

Back for her college reunion, Deputy Marshal Marice Houston doesn't expect to hook up with an old boyfriend. Nor, does she expect to be a witness to a deadly assault, which was motivated by a decade old rape case. Orson Roberts is dead, killed by the owner of the motel where she's staying. Was it really self-defense or was it murder? Can Marice discover the truth of what happened that night in Room 103?

Having just moved in with her fiance, Kris, Marice isn't too happy to be given an out of town job. She has been sent to Daytona Beach, Florida. There's been a huge sting operation, and the local FBI is under scrutiny. The Marshals have been called in to oversee prisoner transfers.
Things get sticky when Marice and her team are ordered to transport the ringleader, China Finetti, from Daytona Beach to a federal prison in Kansas City. Someone sets a car bomb, injuring Marice and Butch—and that's only the tip of the iceberg. Everything seems to point to China Finetti pulling the strings from prison—if so, how do they prove it?

It Takes a Thief by Dellani Oakes

Jason Banes is a thief, he readily admits that, but he's quick to deny that he's also a murderer. Accused of multiple homicides, and theft, he agrees to help a multi-national task force find the real killer. When he's assigned to an FBI team for protection, he meets Agent Taylor Driscole. It's a race to find Orchid before she kills again. Though she's reluctant to use Jason's skills, Agent Driscole realizes that sometimes, It Takes a Thief to catch a murderer.

The year is 3032 and Mankind has conquered the stars. Two organizations control the majority of the business and trade: The Navigation Guild and The Galactic Mining Guild. Both vying for supremacy, the balance of power is often in flux. Now, though, the Mining Guild has a secret, the largest known deposit of Trimagnite—the liquid ore that's life's blood for the Navigation Guild. That's just the tip of the iceberg and it's up to Wil VanLipsig, the Lone Wolf, and Matilda DuLac to control the situation before it's too late.

Book 2 in the Lone Wolf series, Shakazhan picks up where Lone Wolf ended. Things are in a right state, but this time Wil and Matilda have some new friends. With the help of the Kindred, they just might make it out of this mess alive.

The Maker by Dellani Oakes

Book 3 in the Lone Wolf series. The small Shakazhan Force has already withstood enemy attacks and anticipates more. Knowing they aren't strong enough to withstand a concerted attack, they hope for reinforcements, but aren't quite prepared for those who respond.

This is a collection of nine short stories and novellas centered in the Lone Wolf world. Discover new characters, and delve into the lives of some familiar ones. This volume includes: And Itza Danced, Blackened, Brothers at Arms, Call Me Penny, Fractured, Gone But Not Forgotten, A Little White Lie, Painkiller, There Shall Be Great Rejoicing.

It's the spring of 1739 in sultry St. Augustine, Florida and something's amiss. It seems a British spy has wormed his way into their lives and he's bent upon leading the British Army in an attack against the fort and town. It's up to Gabriella Deza and her fiancé, Manuel Enriques, to stop the spy from being successful. 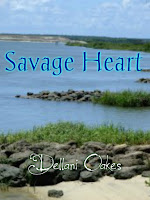 It's the summer of 1740 and rumors of war haunt the small community of St. Augustine, Florida. Already, Oglethorpe's troops are on the move. Scouting parties of Creek Indians have moved south, skirting the town, attacking outlying farms. Meli Chasseur's home came under attack and she is the only one to escape. Injured and afraid, she stumbles into Sailfish's camp. Could this be his next chance at true love?