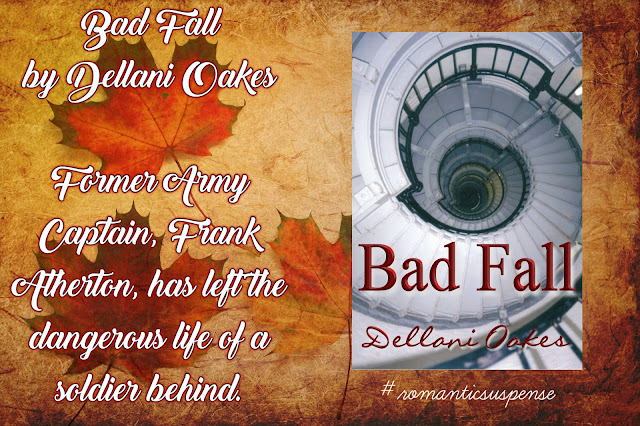 Former Army Captain, Frank Atherton, has left the dangerous life of a soldier behind. Retired from the military, he now works in a large nursing home facility, as assistant director. Things are pretty quiet, until the annoying blister of a man, Ralph Penwarren arrives, doing his best to break into his mother's apartment. Soon after his arrival, Frank meets the lovely new psychiatrist on staff, Marka Ventimiglia, who takes his breath away. Their relationship seems to be moving swiftly ahead, until Ralph Penwarren is seriously injured by a bad fall. If that weren't enough, Frank's office is trashed, his car vandalized, and a dead man is found in the ravine behind his house. Are the incidents related, or simply a series of alarming coincidences? 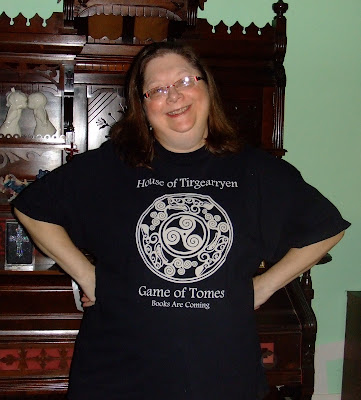 Dellani Oakes makes her home in Florida, but she grew up in Western Nebraska. Before that, she had lived in four other states. Since then, she has added two more, giving her a unique perspective on life. Always a people watcher, Dellani put that talent to use when she became an author.
Bitten by the writing bug early in life, Dellani first pursued poetry as her medium of self-expression. Soon, she moved on the song parodies and then short stories and humorous essays. Once she got to high school, it became apparent that she needed to learn to spell when she got a paper back from her English teacher, “For content – A+. For mechanics – F.” That comment changed her life, forcing her to focus as much on how she said things as what she said.
Dellani took up writing full time when her youngest son started kindergarten in 2002. Since then, she has published sixteen books. Her five romantic suspense novels are with Tirgearr Publishing. Eleven other books ranging from historical romance to sci-fi, round out her resume of published works. She has also contributed to several anthologies.