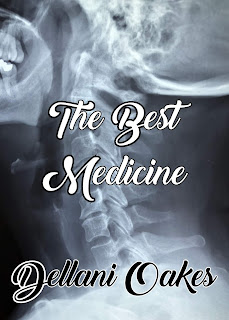 As they are sitting there, a band takes the stage. Morgan tells her that it's his brother's band, and that he was the original drummer.
"Maybe later, Molly. I'm hungry. Ah, here comes the man with the food!"
Another blond giant was walking toward them carrying a tray with two steaming platters on it. He set their plates before them with an expert flourish.
"Twelve ounce, medium-well for the lady and the usual bloody slab for Uncle Morgan." He laughed as Morgan frowned at his plate.
"It's not bloody. This is an exquisitely prepared steak, a masterpiece of Molly's fine kitchen." It was surrounded by a pool of reddish juice. "So I like my steak rare, is there anything wrong with that?"
"He likes it still kicking," Molly said with a sneer as she rose from the table. "I, for one, won't watch him eat it. If you had any manners, Morph, you'd send it back, and have Kenny put a bit of flame to it, so you don't make the lady retch."
Morgan eyed his steak and then looked at Tanya's. "Molly's right, Finn. Put it back on the grill for a time, will you? The lady's had a long day."
"How long a time?"
"Make it medium rare, that should still keep it edible."
Finn picked up the platter and returned to the kitchen, shaking his head in puzzlement.
"My family thinks I'm a barbarian for liking the meat rare," Morgan told her sheepishly. "I take after our old man, he likes it seared on each side and damn near raw in the center."
"It's because he's a vampire," Molly said casually as she walked away.
Tanya watched the proceedings with wonder. Her family was nothing like this. They were friendly enough, but she felt as if she'd been admitted into some sort of secret society, with Morgan at the center, like a god who was both deified and disdained. As she sat there puzzling over it all, Finn returned with Morgan's steak. It was browner on the outside, but still ran red when he cut into it.
"Dad wants to know if that's okay," Finn said, holding the plate out for inspection. "He said you must be crazy, sick, or in love if you're sending back one of his steaks."
Morgan glanced uneasily at Tanya. "And what did you tell him?"
"I told him the lady with you was too damn attractive and classy for a schmuck like you. He said maybe you were trying to pretend you were a gentleman for a change."
"I'm feeling the love in the room," Tanya giggled.
"Can't choose your family," Finn replied as he walked back to the kitchen.
"Is everyone you're related to, so nice to you?" She tried hard to keep the laugh out of her voice, but she couldn't.
"Great, aren't they? Yes, the love and respect my family has for me just bowls me over. It makes me think they will nominate me for the Nobel Prize one day."
"Or put you up for sainthood," Tanya couldn't resist adding coyly.
"Something like that. Well, all Catholic mothers hope their sons will be priests. I'm sure mine is very disappointed in me."
"You're a doctor, that's just as important. I'm sure she's not the least bit disappointed," Tanya said honestly as she cut into her steak.
In her peripheral vision she caught Morgan's surprised face. He stared at her for a moment, then glanced away, blinking rapidly. He made a great pretense of getting out his silverware and laying the napkin on his lap, but he kept his face averted slightly from her as he did. She got the impression he had tears in his eyes, but she couldn't be sure. What had she said that could have affected him so completely?
The band took a short break and came out onto the deck for a smoke. The singer walked over and sat down in front of them. Cullen Fellowes was tall and dark haired like his brother, but his eyes held a wariness she didn't see in Morgan's. He smiled warmly, snagged a home fry off his brother's plate and ordered a beer with a toss of his head at the bar. Molly brought over a draft beer, checked their rum runners and went back to the bar.
"Hi," he said quietly, holding out his hand. "I'm Cullen."
"I'm Tanya," she replied, wiping her hand on her napkin before shaking his. "You guys are good," she said between bites. "I like the intricacies of your music, and the diametric styles you've brought together. It really works. Not what I normally listen to, but I'd buy an album." She grinned at his surprised expression.
"Morph, who is this amazing woman, and why is she with you and not me?"
"Because I saw her first, baby bro. Besides, you're too young for her."
"Speak for yourself, I like older women! They have more class and you can have an educated conversation with them. I always thought Vanessa was damn hot...."
A look from Morgan quelled him.
"Excuse me," Tanya said irritably. "I am here, you know, and semi-involved in this conversation. I think you need to know we just met, and I'm not dating your brother. It's a friendly dinner between colleagues. As to my age, you've no idea how old I am, so could we drop that part of the conversation?"
The men looked at one another sheepishly. Morgan frowned, tight lipped at his younger brother. He shook his head slightly and went back to his meal.
"Morgan is reminding me to use my manners," Cullen replied sullenly. "He's always telling me I'll be the only rock star who never gets laid, because I keep putting my foot in my mouth."
© 2020 Dellani Oakes
To Buy Dellani's Books