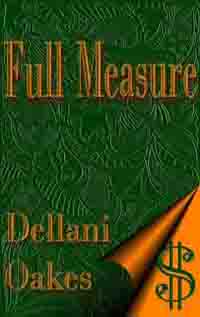 Ralan stormed out of the house, slamming the solid wood door with a satisfying thunk. He left too precipitously, without his coat, and it was considerably colder outside than it had been earlier in the day. His long hair still damp, he got chilly before he got halfway down the long, sloping driveway. He wanted a walk, somewhere there were no other people. He was furious and needed a chance to calm down.
Footsteps slapping on the pavement behind him made him slow and turn around. Daphne was behind him with a jacket. She handed it to him almost shyly, biting her lower lip. He slipped it on, turning up the collar against the wind.
"Shit, it's cold out here!" She hunched into her coat, shivering.
Ralan put his arms around her, holding her close.
"Are you going to get into trouble over us?"
"Heard that, did you?"
"We all heard. That's a big, open house with great acoustics. Romy sounded furious."
"He's not my boss. Unless he rats me out...."
"What did he mean about me being a witness?"
Wondering how much he should say, he paused so long she thought he wasn't going to tell her. Slowly, editing considerably, he told her about his investigation. She listened carefully, waiting until he was finished to speak.
"You knew about me before Karen called you?"
Ralan froze. He'd forgotten to edit that little gem of information. Shit!
"You were following me? Stalking me?" She shoved away from him. "Like—a criminal?"
"No, Daphne. Not like that. I was worried about you. You have no idea what all's involved here."
"No, because you've chosen not to tell me. Did it ever occur to you or your primate buddy that I can help? I'm marginally intelligent. I've got more than just a great ass and nice tits to recommend me."
"I never said that, Daphne. I never trivialized you. I can actually have an intelligent conversation with you. Do you know how rare that is? Most of the women I know are either married, bimbos or trying like hell to kill me. I finally met a woman who's none of the above and you're pissed at me because I was trying to protect you."
"No, you were investigating me. Admit it. You wanted to know if I was legit before you deigned to have anything to do with me! So you wouldn't compromise your case because you fell for the villain. I hope you're satisfied."
"Daphne, it wasn't like that."
She took a step toward him, poking him hard in the chest. "It was exactly like that." She turned, stalking away. She'd gone a few steps when she spun around once more. "Did you do that on purpose?" she demanded.
"Do what?"
"That whole sparing thing in the gym. Did you set me up just to fuck me?"
"I don't know what you're talking about. I invited you to workout."
"Like you didn't have it planned all along? Do I look that stupid?"
Ralan frowned, dark eyes blazing. "At the moment, yeah! It wasn't a setup, Daphne. It just happened. And it was great! Would I like to do it again? Yes! And I think you would too."
She couldn't admit that her body burned for him again. She wanted him more than she'd ever wanted any man in her life. Having him once wasn't enough. She needed him over and over before she could possibly be satisfied.
"Don't flatter yourself," she sneered. She continued her angry journey toward the house.
© 2016 Dellani Oakes

To Find Out More About Dellani's Work
To Buy Dellani's Books