Excerpt from My NaNoWriMo Novel 2014 - The Man Who Wasn't There 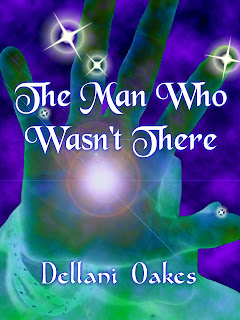 The Man Who Wasn't There is the second book in my Miracle, Mississippi Series. He Thought He Saw (2012 NaNo) is book one.

Brian called 9-1-1, but the line was busy. Yelling at Romeo, he finally got the other boy's attention. "There are people trapped in here. They're hurt. Find help!"
Romeo dashed off. Some of the boys on the cheerleading squad ran over. Brian activated the flashlight app on his phone and led them into the dilapidated shed.
"We're in here," the girl called. "Please, help."
"Coming!" He turned to the boys. "Okay, the roof collapsed and the wall caved in. There are people trapped. Can you handle this?"
The boys shrugged, nodding.
"People need help," one of them replied. "I can handle anything."
Slowly, Brian opened the door. It swung toward him, sagging on the hinges, squawking like an angry goose. Brian shown his light in the entrance. He saw the wall with the boy holding it. He looked ready to fall down. A row of roofing nails were embedded in his thigh. Blood had pooled at his feet. It took longer to find the girl. She was partially buried under the wall. She was pale and afraid, but was alert.
"Better not to move her," Brian told the boys. "But let's shore up the wall and roof. What's your name?" he asked the young man.
"Noel and that's Trista."
"I'm Brian. That's Justin and Flynn." He pointed to the cheerleaders. "Anyone else here?"
"Just us. I'm hurt bad, Brian. I can't hold this much longer."
The other two boys were busily trying to move the book shelf, only to find it was attached to the wall. Brian spotted a line of file cabinets. He told the other boys to get that. Ripping off his shirt, he tore the cloth into strips and bound up the leg wound. Noel was in a bad way. The blood seeped slowly and he shook with the strain of holding the wall. Once that was done tying up the wound, Brian found a place to stand by the other boy and took the weight of the wall on his own back, pushing with his powers.
Justin and Flynn moved the file cabinets into place, taking the weight from Brian and Noel. They lifted Noel and set him aside. He screamed in pain as they moved his injured leg. Both of them apologized as the lowered him to the floor. Keeping the force going, Brian eased out from under the wall and went to sit by Trista. She was pale, clammy. He didn't dare move any of the rubble without help. Depending on her injuries, she might be alive only because the debris acted like a tourniquet.
"Help's coming, honey. Hang in there."
"Where's Noel?"
"Here, baby. I'm okay."
Justin had added strips of his shirt to Noel's leg. Moving him had started the bleeding again. He fashioned a tourniquet with that and a Bic pen. It wasn't ideal, but it would hold until help arrived. A pounding of feet outside heralded the arrival of the emergency team.
Romeo stood outside, panting. "Sorry it took so long. The courtyard is blocked. We had to go around."
"Thanks," Brian said. "Trista's in a bad way," he told the EMT. "I have no idea what's going on under there. I didn't try to move her. We had to get Noel out from under the wall. It was ready to collapse and so was he."
"You did good, kids. Thank you." He turned to Trista, smiling. "Hello there, young lady. My name is Darren. Let's see what's going on, okay?"
"Okay," she said faintly.
Brian knew she was in bad shape. He could sense that one lung was on the verge of collapse and she had internal injuries. She had a spinal fracture and a compound fracture of the left femur. The knowledge wasn't from his own mind. He could hear someone else's voice in his head telling him.
"I think she has a spinal injury," he said aloud. "And her lung is collapsing."
"He's right," the second EMT said. "She's sipping air. Anything else, kid?"
"Broken leg and some internal bleeding."
The emergency personnel stared at him.
"How do you know that?" Justin asked.
"Call it a hunch."
"We've got a couple stretchers outside. Think you boys can get our friend to one?" the first EMT asked.
"Yes, sir." Brian gestured to Justin and Flynn. He got the stretcher and the boys helped lift Noel onto it.
"I'll show you how to get around," Romeo said. He took one end of the stretcher.
© 2016 Dellani Oakes

Book One, He Thought He Saw, is currently being shared at my other blog every Sunday and Wednesday

To Find Out More About Dellani's Work
To Buy Dellani's Books