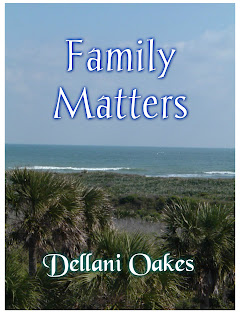 The front door opened and one of Porter's granddaughters walked in. She and Olivia were about the same age.
"That my little Frangipani?" Porter called.
"It sure is, Granddad! Livy, it's so good to see you!" The young women hugged. "Girl, I have missed you! You ready to get to work?"
"Sit down and have a cup," Porter invited. "The others are coming. I knew you'd be first. My little Frangi is always early. Now, that brother of yours.... Pfft!" He waved his gnarled hand. "Boy was born late."
"Boone's coming?" Olivia tried to keep the eagerness from her voice, but figured she probably failed miserably.
"I thought he was working today?" Frangi said.
"He told me he was coming. Now, whether that means after work, now, or midnight, who can say? That young'un keeps his own time. We got real time and Boone time."
The women giggled, knowing it was true.
"Mama says he'll probably be late to his own funeral."
The front door banged shut.
"Whose funeral?" A mellow baritone asked from the living room.
"Slow, but ears like a fox," Frangi said. "You'll be late to yours," she said as her brother wandered in.
A sly smile spread across his face. "Is that Olivia? Lord, girl! Pops told me to come help with Granny's, but he didn't say you were gonna be here. Do I get a hug?"
Olivia's breath caught in her throat when she heard his voice. "It's been too long, Boone. How you been?"
She stood, legs shaking, as he folded her in his embrace. His strong arms wrapped around her and he held her close. She thought she heard him sigh contentedly. Maybe that was wishful thinking on her part, because it felt like coming home to find herself in his arms. Reluctantly, she let go as he released her.
"Chile, you are skin and bones!" he declared, sounding like his grandfather. "What do they feed you in Florida?"
"Not enough, apparently. Sally's already read me the riot act and Porter fed me more for breakfast than I eat in a day."
"She ate it all, though," his grandfather stated. "Bet she'd eat more if I offered it."
"No, I am officially full. If I eat anything else, I might vomit."
"I can eat," Boone said as he gave his grandfather a gentle hug.
"I know that, which is why I made plenty. Help yourself, your hands ain't broke."
Chuckling, Boone served himself and poured coffee for his sister. Soon, other siblings, cousins and friends joined them. Porter had put out the call to all available hands to be on deck. As they always did, the family pitched in to help out someone in need. Olivia remembered a similar response when Poppy had died.
"Y'all are too good to me," she murmured.
Frangi put her arm around Olivia's shoulders. "Just good enough," she whispered. "So, when are you gonna leave the big city and come home?"
"I'll tell you, it's looking better every second." She couldn't keep her eyes from drifting over to where Boone stood, chatting with his brother.
As if he felt her eyes on him, he turned around, flashing her a grin. She couldn't get over how handsome he was. His black hair was close cropped, though he sported long sideburns that came to his jaw. He had a mustache, neither too full nor too thin, it set off the curves of his sensuous mouth. His skin was mocha colored, his ebony eyes were almond shaped, hinting at Asian ancestry.
Too damn handsome for his own good—or mine, she thought. She'd had a crush on Boone since she was in the fifth grade.
© 2016 Dellani Oakes


To Find Out More About Dellani's Work
To Buy Dellani's Books