Demon's Destiny, book one of the Dark City Guardians by TW Knight ARE YOU READY? 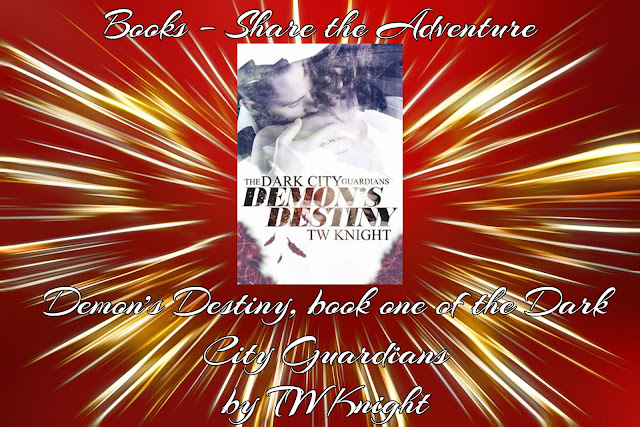 Demon's Destiny is book one of the Dark City Guardians.
Garrett Duex Sabres is handsome, wealthy, brilliant and a demon with a split personality feeding on the living energy of humans. However, unlike others of his kind, Garrett chooses not to feed off pain and misery, he’s discovered a more palatable and just as potent source—sexual energy. Exploiting his charms, Garrett spends many evenings moving from one “dinner-date” to the next siphoning off small amounts from willing playmates. When Kay walks into Garrett’s life, his entire world is flipped around.

Set in the world of the Dark Knights of Heaven 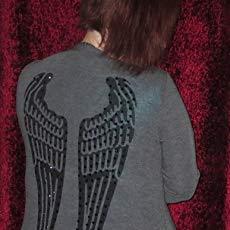 Tricia was born in Michigan and knew at an early age that she had a creative soul and a connection to the paranormal.
After moving to Maryland her first artistic expressions were in the forms of crafts, sketches and paintings. In later years she even dabbled in comic book art, before getting her Associates Art Degree in Studio Art.
During the 1980's Tricia branched out into jewelry design creating a small handmade jewelry business, which is still operating today.
While Tricia had begun writing in her early teens it was not until 2007 when she met a wonderful group of likeminded women (through of all things an online fan club discussion for one hot young vampire) who encouraged her to take that first step and introduce her intriguing stories to the world. After that the dam of creativity broke and a multitude of plot bunnies burst forth.
By day, Tricia is a Customer Service manager for an insurance brokerage handling clients numerous daily needs; by night, she wields her mighty keyboard to craft otherworldly universes filled with fantastical - and often lusty - creatures, who beckon us to join them in their irresistible adventures that determine the fate of men and angels."
Tricia has been inspired by everything from music, art, cultural and religious mythology, ancient aliens' theory, and history.
Her books are His Soul to Keep, His Soul to Hold, His Soul to Save and Demon's Destiny.