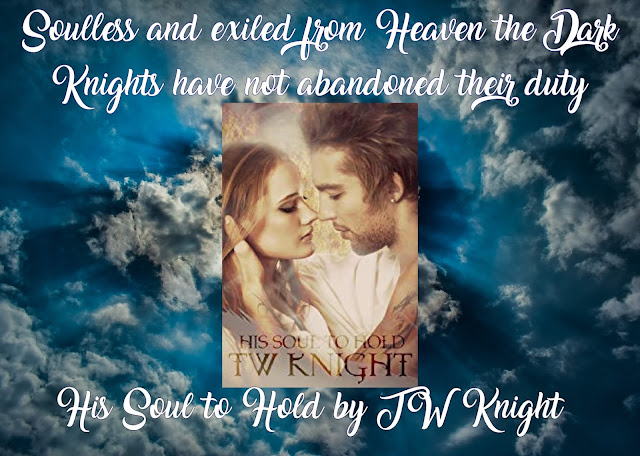 Soulless and exiled from Heaven the Dark Knights have not abandoned their duty. For millennia they’ve battled demons, protecting human kind from Lucifer’s servants. Less than a year ago hundreds of demons escaped Hell world-wide, stretching the Knights resources to their limits. Now they face the greatest challenge of all—discovering love.
Breanna Thorn spent the last ten years fighting demons with her twin brother Sam, and she’s damn good at it. But at twenty three all she really wants is a normal life with dating, college and quiet. To balance the life she wants and the life she has, Bree studies demons and other supernatural creatures in hopes of better understanding the enemy. When she meets fallen angel Bass, Bree encounters a complication she never saw coming—love.
Bass’ persona of hedonism begins to crumble when he meets Breanna. She’s beautiful, intelligent, a kick ass fighter and the vessel for his immortal soul. He knows he’s no good for her but no matter how hard he tries to make Bree hate him; she keeps finding a way into his heart. He’ll do anything to keep her safe even if it means giving up everything he is.
After their parents are killed by monsters, demons, Sam Thorn focuses his life on protecting his sister and hunting the creatures that changed their lives. Now he finds himself swept up in a world where he’s surrounded by monsters and at risk of losing his sister—something he cannot, will not allow. When the rage burning inside him breaks free Sam finds he is a greater danger than the monsters he fears.
Hogart once walked the halls of Heaven, now he battles with voices in his head driving him further and further into madness. Being taken in by his fellow fallen angels, The Dark Knights, is both a blessing and a curse. Their energy quiets the demon within him but now he is permanently housed with the twins Sam and Breanna. The voices insist he kill them; his heart says otherwise.

To Buy His Soul to Hold 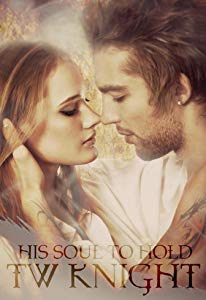 Review of His Soul to Hold

I am an avid reader of paranormal and I would certainly recommend this book. The story is an intriguing spin on fallen angels and demons. I can’t wait to see where the author takes these fallen angels and their soul-keepers. Along with Bass' soul-keeper Bree we are intoroduced to Bree's brother Sam and a new fallen angel, Hogart. The character development is handled well and a little more complicated in this book as the charactors are faced with self doubt, PTSD and questions about their own future. More secrets and complications are revealed creating more questions and another mystery.