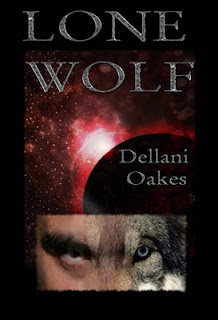 "The Lone Wolf" has finally made it to the publisher's site and I'm so excited! Even more than "Indian Summer", this book is a part of me. I admit, I totally fell in love with the main character, Wil. To celebrate, I've included an excerpt from the story.

Although Matilda is involved with Marc, she meets Wil and that's it. Wil, who's been around more than even he will admit, has never truly been in love. He's invited her to lunch, which segues into dinner. After their meal, he finds himself at a loss as to how to proceed.


Their eyes met over the glow of the candle. He started to speak once or twice, but each time he stopped before doing so. Matilda sat placidly, waiting for him to make the first move. She had a feeling she knew what he was trying to say, but couldn't quite put into words. A playful smile tugged at her lips.

Wil blushed, his gaze dropping to his lap uncomfortably. He couldn't remember a time he'd felt so awkward in a woman's company. Probably not since he was a kid. Suddenly, it was very important to him that she say yes to what he wanted to ask.

"I was going to try to be subtle and charming." He grinned at her shyly. "But it's been so long since I tried to be either, I can't remember how." He pressed his lips together and the candlelight played along his scar. "This usually isn't a problem for me. I guess I got used to being irresistible."

Matilda reached out, tracing the line of his scar with her finger. The skin was warm and silky. He held her fingers to his lips.

"It's all right, you know," she said softly. "You don't have to be subtle with me. You were about to invite me to your room, weren't you?"

"But you weren't sure what the answer would be."

He looked even more uncomfortable, silent. The table developed interesting dimensions. He stared at them.

"Where are you staying?"

Trying to speak, he stammered.

Wil stood awkwardly, nearly knocking the table over. He pointed to a luxurious hotel near the hostel.

Taking his hand, she tugged pointedly so he'd follow. "Show me," she whispered throatily. Leaning toward him, the top of her breasts brushed his bare chest. "I want you to show me everything."

Gulping, Wil followed her eagerly, like a puppy until he caught up with her. Sweeping her into his arms, he carried her quickly to his room. Only after the door was locked behind him, did he kiss her for the first time.

Wil brushed his lips lightly across hers, barely touching. His tongue flickered between them, teeth nipping playfully as he explored her mouth. Holding only her cheeks between calloused hands, he caressed her throat, licking the base. He hadn't even kissed her mouth and already she was his.

Hungry for his mouth, Matilda brought his face to hers, demanding that he kiss her. Lips parted, she brought him closer, sure of what she wanted. Laughing throatily, Wil complied, giving generously, taking hungrily.

After several minutes just kissing her, he took off her bikini top. For the space of three breaths, he gazed at her breasts without touching them. Admiring the firm, fullness, he took one nipple into his mouth, suckling blissfully. Sighing happily, he moved to the other, treating each like the greatest of gifts.

Matilda moaned as his hands moved along her body, pulling her so close to him, she could feel the beating of his heart. His touch was still consciously delicate. She sensed a tension in him, his body fighting with itself for control. Marc had always held her the same way, afraid he'd crush a delicate flower.

Nearly mad with desire, Matilda decided she'd had enough standing around and kissing. She wanted action and now. Shoving his shoulders hard, she pushed him on his back. Wil sprawled on the bed as she removed his shorts and her bikini bottoms. He laughed, glad she had finally decided to take control.

"I admire a woman who knows what she wants," he chuckled as she made her desires clear. Still laughing, he complied.

Matilda had never been so aggressive in bed. Something about Wil encouraged her to assert herself. She pulled him close, demanding his all. He gave it to her freely, unconditionally, something he had never given to any other woman.

For the first time in Wil's adult life, a woman left him so breathless, he couldn't even speak her name. But that was all right, because she couldn't say his either. He kissed her softly, holding her close, stroking her hair. His fingers played along her spine, sending a thrill dancing down her back.

He wanted to speak, but couldn't find the words to express how he was feeling. After sex dialogue had never been his strong suite. Anything he said at this point would be trite, or worse yet, silly. Instead, he kissed and fondled her, expressing himself more eloquently than words.
at November 11, 2010