Jo Ramsey's Back and This Time She's Brought Nail Polish and Feathers!

YA author, Jo Ramsey, has some wonderfully, insightful books on the market. Today, we're here to discuss her newest offering, Nail Polish and Feathers is about a boy who finds an affinity for the forbidden accouterments of the world of women. 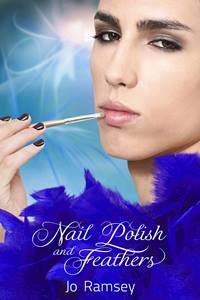 Sixteen-year-old Evan Granger has no problems with being gay. Despite his mother’s objections, he wears nail polish and makeup to school and pursues his goal of becoming a professional drag queen.
TV drag star Taffy Sweet gives encouragement and Evan’s cousin Holly tries to protect him, but school bullies abuse him so badly because of his sexuality and the girly way he dresses that he ends up at the hospital emergency room. After that, even his new crush, a closeted football jock named Moe Garcia, is unhappy about Evan's choice to live his life openly gay. But even in girly clothes and nail polish, Evan is a force to be reckoned with, and he soon shows the bullies—and everyone else—that beating a drag queen up does not mean the queen is beaten down. 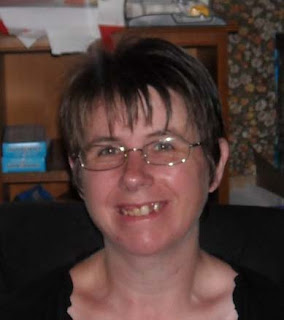 An Interview With Jo:
When and why did you start writing?
I started writing when I was five years old; before that, I made up stories but didn’t know how to write them down. Writing for me was a way to escape my life and also a way for me to have friends, since I could make them up.
What’s the strangest thing that’s inspired one of your stories?
My new release Nail Polish and Feathers was inspired by the TV show RuPaul’s Drag Race and by a friend of my daughter’s who often wears nail polish, earrings, etc. and has said if he ever became a drag queen, he would be called La Chuga. The novel is partly dedicated to him.
Have you ever based a character on someone you know? If so, did you tell them? If not, is there someone in your life you’d like to base a character on?
See the above answer. And yes, my daughter’s friend knows the character of Evan Granger is based on him. He seems pretty happy about it.
What do the people in your “real life” think of your writing?
I have an incredibly supportive husband and kids. Not only are they proud of my writing, they brag about me to other people.
Tell us about your latest book.
My new release Nail Polish and Feathers is from Harmony Ink Press, the young adult imprint of adult romance publisher Dreamspinner Press. Sixteen-year-old Evan Granger wears nail polish and women’s clothes to school and dreams of becoming a drag queen. When bullies beat him up so badly he ends up in the emergency room, Evan decides he will not let them beat him down. I wrote the book partly in response to an interview with a contestant on the RuPaul’s Drag Race show; the contestant talked about how badly he’d been bullied in school and the effect that it had had on him. He went on to win that season. Readers can find the book on the publisher’s site and at third-party online retailers.
What books do you have available now (title and publisher)?
I have too many books to list here. Other than Nail Polish and Feathers, the rest of my young adult books are from Jupiter Gardens Press and Featherweight Press. Readers can find my complete list on my website, www.joramsey.com.
What books do you have coming soon?
I have two young adult novels currently under contract. Opening Up is a sequel to my 2011 release Cluing In and follows V.J. Josephson as he navigates his first boyfriend, coming out as gay, and his mother’s severe depression. It will be available from Featherweight Press later this year. The other novel is Where No One Knows, about sixteen-year-old Kellan McKee, a female-to-male transgender boy who is thrown out of his home after psychically setting fire to a friend of his stepfather. That will be available tentatively in October from Musa Publishing’s Pan imprint.

Thanks for hosting me, Dellani!

You're so welcome. I love your books!