Our final stop for the Fantastic Blog Hop bus is Cleveland, Ohio where we bounce up and down the block in search of Rachel Rueben.


What genre do you write? Would you consider writing anything else?
I generally write a bit of everything now, fiction, nonfiction, children’s, and adult books. Honestly, there’s almost nothing I won’t write! 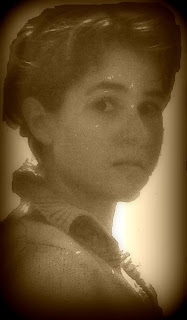 Do you outline and plan or do you let the plot unfold?
I do both, I begin the story au natural then I begin to outline so I know when the story ends.

What do you like most about writing?
I like that I can change the world and not get into trouble for it.

What do you find most difficult?
I find sticking with a schedule difficult because things happen. Just this week, I discovered I needed dental surgery and that’s not going to be good. So I won’t be writing for a day or two, well, nothing coherent LOL!

What makes a good plot?
Interesting characters make or break a plot. If you’re characters can’t pull it off, and move the story along, then you’ve done something wrong.

What is a question you'd like to be asked and never are? Answer it.
Would like your 100 billion dollars in cash or check? Neither, bring me a small country I can rule!

What experiences have inspired you?
I think my quitting school, inspired a lot of what I do today, it was the day I became an adult and began making decisions on my own. 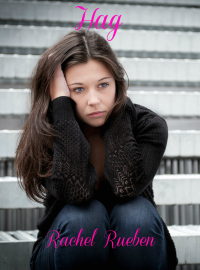 How did you first become interested in writing?
I was a book worm in school, because of the boredom of the everyday humdrum. I swear I felt like Billy Murray in that movie “Ground Hog Day.” Seriously, I was having the same day over and over to the point where I had no idea what day it was, let alone, the month.

How important is dialogue and how do you use it?
Dialogue is vital, I use it to build tension, and also to move the story along.

Rachel Rueben went to school to become an administrative assistant but instead, wound up an author. In her defense, she tried freelance writing, virtual assisting, and blogging to pay the bills, but creating worlds was her one and only passion.

This past summer, Rachel entered the sacred order of authorhood with the release of her first novel “Hag” which made it to #10 on the Amazon’s Women’s and Girl’s Literature list.

To find out what Rachel is up to you can check out her new site at:
She continues to blog about her publishing journey at:
You can also find Rachel on Twitter 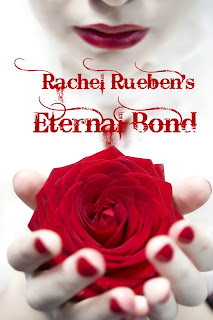 When Clara awoke, she wasn’t in the carriage house anymore instead, she was lying on a couch in a dimly light parlor. Hearing a creaking sound, she thought someone was approaching and slowly she got up from the couch. Turning around, Clara saw James hanging from the ceiling.
With a leather noose was wrapped around his neck, the leather cracked, as the body swayed back and forth.
Though her lips moved, nothing came out, but a whimper. A small feminine hand appeared pushing the body, making it sway faster.
Cheerfully, a familiar voice said, “Morning.”
Needing no introduction, Clara recognized who it was. It was the devil’s consort herself, Apollonia. Stepping out from behind the body, she revealed herself and the enormous smile on her face.
Grabbing a candle, Apollonia went over to the body and examined it with a spectacle remarking aloud, “Nicely executed, just deep enough and very clean!”
Shaking from head to toe Clara stood there scared silly.
Running her fingers through James’ hair, she said, “He was chosen just for you young, strapping—delectable.”
Clara began feeling ill, upon hearing it was all a set up.
Looking over her shoulder at Clara, Apollonia said, “I told you Clara, thou art highly favored.”
Apollonia went back to amusing herself with the corpse, using pressure points to making the eyes bulge and lips move.
Eventually, she tore herself away from her entertainment to talk further with Clara. Reaching out to touch her, Clara immediately jerked back from her. Though Clara had failed in a most miserable way, she wasn’t ready to embrace those failures.
Instead, she was drawn to a window that looked like it was slowly shedding tears. To her, it seemed as though the angels themselves were shedding tears from heaven. Watching as the drizzle slowly crept down the glass, Clara found herself unable to react anymore, so she didn’t. Looking over at the body and out the window again, she stood still.
Yes, she hated him, she hated him more than anything she ever had in her life. And like a monster, she robbed him of his life, a right reserved only for God and God alone. All these thoughts tortured her as she was confronted with her new reality.
Sinking deeper and deeper into despair, Apollonia spoke up and said with a tender compassion, “I know what you’re thinking, and none of it is true!”
Bewildered Clara said, “You know not my thoughts, only God does” and she believed that, but she questioned whether He even cared anymore. Her very soul was being eaten alive by her enemies, and all she received was silence from the throne of The Most High.
Taking the more sensitive approach, she spoke aloud everything in Clara’s tortured mind. “You spend all your life following their commandments, whipping your very thoughts into submission. Then, just as you taste mortality you discover, there’ll be no reward for you! All those years of fearful sowing, yielded nothing but the whirlwind!”
Clara looked back at her in shock, because she had managed to recite every single one of her thoughts. And she knew she was in trouble, because Apollonia was starting to make sense.
Meeting her in the middle of the room, Clara asked, “What do you want?”
“Salvation just like you!” Apollonia answered.
“After death comes judgment, not salvation.” Clara said.
Sensing she was on the verge, Apollonia continued the philosophical assault asking, “Death itself was judgment on man, so what is this?”
Clara could only answer, “I do not know.”
“Then let us teach you!” She said trying to secure the victory.


To seal the deal, Apollonia extended her hand in friendship and without looking, Clara accepted it.
at August 23, 2013

Thanks for the interview Dellani, and I'm still open to that 100 billion dollars LOL!