The Fantastic Blog Bus has crossed the border once more and zipped, zoomed and swerved its way south to Port Orange, Florida, where it stops at the home of Karina Gioertz. 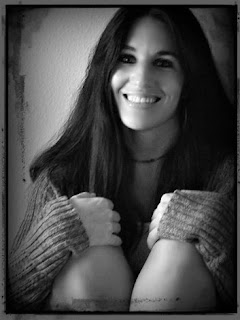 What genre do you write?
Women's Contemporary, Contemporary Romance, YA Romance, Thriller/Suspense, YA Fantasy, Children's Literature.

Would you consider writing anything else?
Absolutely!

Do you outline and plan or do you let the plot unfold?
I usually do some initial brainstorming and write down a few notes about the general direction I want the story to go in, things I want to include, characters etc...but no, I wouldn't say that I actually outline anything. I prefer to just write and see where the story goes on it's own.

What do you like most about writing?
That it gives me an excuse to daydream all I want. 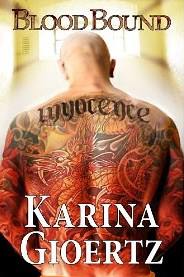 What do you find most difficult?
Writing the blurb. I think it's the most challenging part of writing a book.

What is a question you'd like to be asked and never are? Answer it.
Can we buy the rights to your book and turn it into a major motion picture? YES!

What experiences have inspired you?
Really, what hasn't? I spent years working in the hospitality industry, so nearly all of my stories involve a bar in one way or another. Same goes for horses and life on a ranch. I've modeled different character relationships after my own and also incorporated my experiences with things like loss and parenting. 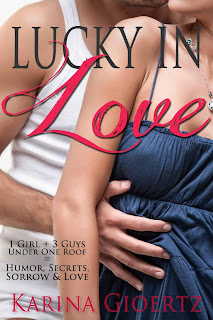 How did you first become interested in writing?
When I was about two I discovered I had a passion for singing. I sang my little heart out every chance I got, in fact, according to my mother I often sang instead of actually speaking while trying to communicate with others. Then, when I got a little older I started writing my own songs...which translated into a love of poetry...which eventually grew into more I've had about a hundred different stories floating around in my head for as long as I can remember. Same goes for characters...it just took a while for my writing to evolve to a point where I knew what to do with all of it.

What are your current projects?
I have three sequels started and so far there's no telling who will take the lead and actually get finished. First, I'm working on book 2 of The Final Descendants series titled Et Calcium. Second, I've started on Let 'Er Buck - a follow up to Country Girls and most recently, I started on Getting Lucky after hearing several complaints from readers that they wanted MORE from Lucky and her guy in Lucky In Love. 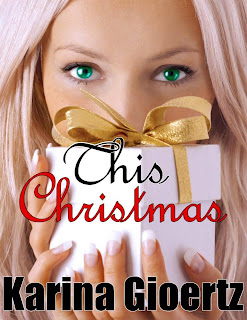 I'm all about dialogue. In some of my books, it's probably the bulk of the story. I think it's a great way for the reader to get to know the characters and learn about the relationships they have with one another. Plus, it's an easy way to move the story along. Rather than have me just give the rundown of events the reader gets a play by play from the characters.

Chapter 1 From Final Descendants and the Well of Wishes Lost 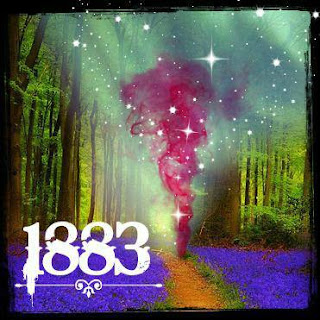 Celestine was running faster than she had ever run in her life. Jumping over fallen tree trunks and skillfully evading ditches as she raced through the woods. Twice she tripped over the trim of her dress, but she didn’t waste but a second scrambling back to her feet and moving forward. The palms of her hands stung with the pain of having badly scraped them in the last fall and her left knee felt as though it might give out at any second after a nasty twist. She ignored them both. Closing her eyes tightly she mentally discarded the gown and dress shoes for something more suitable for a high speed hike through rough terrain. When she opened them again, she was wearing a pair of trousers with high leather boots that reached up to her thighs, supporting the bum knee as she ran on. 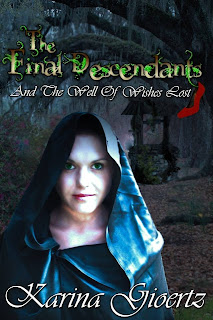 Too terrified to turn around, Celestine forced herself to face forward at all times. Her mind frantically replaying the events that had led to this moment. Every time she did so she found herself growing more furious. She felt abandoned and betrayed by those she had least expected it from. Suddenly, a shadow cast overhead and she became aware that she was not alone. Already knowing what she would find, she turned her eyes to the sky. A golden eagle was soaring directly above her, mimicking her every move and trailing her to wherever she was going. One friend had remained. She allowed herself a brief moment of relief knowing he at least, would stand beside her whether he approved or not. And she knew he did not. Nevertheless, his love unlike the love of some others, was unconditional and the gratitude she felt for him in that moment was immeasurable.

Celestine had nearly reached the edge of the woods when she thought she heard someone moving through the brush behind her. Had Lucan changed his mind after all? Or had her plans been discovered and all of Kimerical was on now her heels in an attempt to stop her? Well, she would never give them the chance. Defying her own physical body, she reached deep and pushed herself harder, boosting herself forward with each powerful stomp to the ground. She knew full well it was fear and not courage that was urging her onward and denying her the chance to look back. Fear that she would see the palace guards on Lucan’s orders storming in on her to stop her…and perhaps an even greater fear, that she would turn around to find herself alone, being hunted only by her own memories.

She had come too far to stop now. The decision had already been made for her and she had but one choice to live with it…and she would live with it. Just not here.

Giving one last glance to the sky and her feathered friend, she closed her eyes and at the height of momentum crashed through the barrier in an explosion of purple colored lights.

It was done. She would never go back. 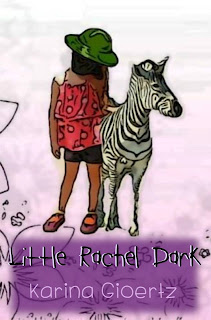 Bio ~
Although Karina Gioertz has been writing for most of her life, it never quite registered with her as something out of the ordinary or worth pursuing, because it was so closely connected to who she was. It wasn't until she became a stay at home mom and finally took the time to write an entire book from beginning to end, that she understood what all of those ideas she had been jotting down all those years were really for. Since then, she has written several books, including Country Girls, Lucky In Love and Blood Bound.

While writing and motherhood have become her main focus over the years, she also enjoys many other creative activities such as painting and photography. Most sunny days she can be found in her courtyard working feverishly at painting and refurbishing old furniture…that is, of course, only if it wasn't a suitable day to spend at the beach . 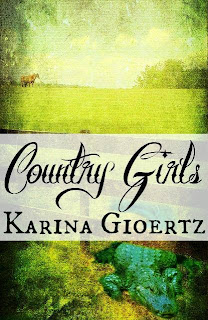 Thank you so much for inviting me to join this FANTASTIC tour :-) The post turned out lovely!

You're so welcome. I'm delighted to have you here! It's been wonderful getting to know you better. ~ D