Our bus has yet another stop to make - at the home of Stephanie Hussey, north of Boston.

What genre do you write? Would you consider writing anything else?

Is there a genre that has everything but the kitchen sink in it? Lol I would put my books in the paranormal/fantasy with romance section. I also have a couple of half-finished stories that are horror/thrillers.

Do you outline and plan or do you let the plot unfold?

Both. I like to have some sort of rough outline to keep me somewhat in line but at the same time I do like to let the story unfold. The outline is there in case I hit the blank wall and need to regroup. I’d say 75% unfold and 25% outline (sorta like my laundry pile-hmmmm).

When I’m writing I am in that world with my characters. We have coffee and chocolate and they tell me their story and I see their world. I love telling their stories to others. It’s great fun.

What do you find most difficult?

EDITING!!! There are those who say they love it but not me… I don’t think I’ll ever enjoy it.

What makes a good plot?

What is a question you'd like to be asked and never are? Answer it.

Is your family supportive or not? Some are and aren’t. It’s hard having close family members not believe in you. They think it’s a hobby you’ll outgrow even though you’ve been doing it for years. I find it’s a struggle to make them understand what it is I do. It’s important and a part of me but some people just don’t understand it. I guess they’ll come around if I ever make the best-seller list, huh? LOL

What experiences have inspired you?

Traveling, meeting new people, reading, music. All of that inspires me every day.

I’ve just always held stories in my head and when I realized that I could just string the words together and make up my own stories well there you go.

What are your current projects?

Doing this blog hop with some great authors. Working on my current wip, ALL ACCESS, and re-editing REMEMBRANCE for self publication for a Winter release (fingers crossed).

They (the powers that be) say it’s important but I only use it when necessary. I don’t find it my strong point but my beta readers say I use it enough. Mostly I use it so you can learn about another character. 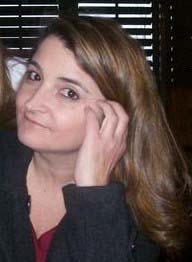 S. A. Hussey is a freelance writer, author, and published poet. She writes for Bluebird Reviews and Rock-it-Write both web-based music review sites and has had two poems published in anthology books. She takes part in on-line critique and writers groups. Her latest project is preparing her first novel, REMEMBRANCE, for self publication in January 2014. She continues to write and is working on another story entitled, ALL ACCESS.

I live in a small coastal community just north of Boston, Massachusetts, and very close to the witch city of Salem. I have two amazingly beautiful daughters, and a 20-year-old Maine coon cat named Gidget who we believe gives rides to fairies in exchange for her long and leisurely life lounging on the back of my sofa. I am a full-time manager at a local hospital and when I’m not there I’m writing, reading or listening to music.

I enjoy a good concert, and write reviews for my music website, Rock-it-Write, as well as do freelance reviews for an amazing fan-based music website, Blue Bird Reviews. I enjoy most genres of music but the blues and classic rock are favorites. Led Zeppelin stole my heart and makes my soul come alive.

Reading is another passion. I love escaping into new worlds every day. My favorite is, The Songmaster, by Orson Scott Card. There’s something in the way the worlds were weaved and how the characters were brought to life. When I first read it my 11 year-old mind was enthralled. I wanted to do that – I wanted to create and write, and I did for many years through poems and short stories, stopping only to raise my girls. Now I’m back, creating worlds and characters of my own and having a blast while doing it.

REMEMBRANCE: "Everybody has a past but not everyone has it return to torment them 600-years later."

Perhaps the threatening dark storm clouds would miss Averswyth altogether but Arianh doubted it. Its primal energy already imbued the air; from the light winds caressing her skin to the fine mist that whorled her once flat-ironed strawberry blonde hair. Staring out from inside the open back door of the kitchen she took note of the fast brewing storm. A low rumble was heard in the distance, and flashes of silver were seen in the approaching ominous clouds. This storm would ask and give no quarter. It was going to be a doozie.

Storms of this type she loved. Thrived on them even, the powerful forces both fascinating and enchanting her, but not today. Today was a crawl-back-into-bed-and-throw-the-covers-over-your-head-and-hide, kind of a day. It was sucking, quite royally. Having only been out of bed for four hours everything seemed to be going to hell in a hand basket. If just one more thing happened she was going to lose it. How could everything piece together so smoothly then fall apart so fast? Someone was throwing a kink into the cog and it was pissing her off. Now this bloody storm. “Gaah!”

The moon festival and concert she was putting on and performing in was stressing her out. Ari growled low in her throat even though she wanted to scream. Whatever made her think she could pull this off? She lifted the cup she was holding to her mouth and slugged the warm tea down like a shot of cheap whiskey. Things were not boding well for the performance.

Ari watched the rain fall; the weather wasn’t cooperating at all, running the gamut from clouds of dismal gray to torrential downpours with thunder and lightning. It had been like this off and on for the past several days. If it didn’t stop soon the field would be a pond, clouds would obscure the triple moon eclipse, and everything would be for naught. This concert was supposed to help cement her with the locals. If she had to cancel it…no, I’m not cancelling it. I’m not giving up. There’s still time to right everything. She had to have faith in people and Mother Nature.

Everything happens for a reason including the weather. It will all work out. The manager of the copy store assured her the programme books would get here before the show, and if they didn’t…she’d improvise. Tickets would get printed, she’d find another company to get her chairs from, the shuttle buses rehired after being mysteriously cancelled, staff and concessioners were still coming.

Thankfully Showco was still on but with this storm the stage set and equipment rentals were going to have to wait another day. It would be alright. It would. In response an obnoxious loud boom reverberated all around her. Ari jumped at the sound then took a step back, her feet tripping over something underfoot, making her crash-land onto her backside.

“Whatcha…sweet mother of pearl…” She heard a loud hiss and spied her cat, Ghost, sitting in the hall corner casting a death-eaters glance her way. “Oh you have nerve looking at me like that, you out to get me too?” When she stood up the cat took off running. “That’s right, run you little fur ball. Pain in my arse, you are.” Rubbing her backside Ari turned quick when she heard a familiar sniggering sound coming from behind her.

“Oh! Just ducky. You saw that huh?” Ari watched her friend, Owen, shake his head as he continued chuckling. “It’s not funny.”

“Miss Perfection taken down by a little cat. How’s that bum? Didcha crack it?”

Owen chortled at his own humor and Ari rolled her eyes heavenward. “Really? That’s all you have? There’s a storm coming. Don’t you have to batten down the hatches or something? Isn’t that what I pay you for, to grounds keep?”

“Ooooh, someone’s a bit testy today, emotions on edge, huh? Tis not like you to get this nervous before a show. What’s going on…those dreams again?”

Owen’s brow rose. “No? So you’re going to stay in denial huh?”

“Can’t. What kind of friend would I be? I’m telling you Ari you need to yell out their names and just get it out there. Let the universe, fate, destiny do its job. The longer you ignore your purpose the more it’s going to gob smack you. The regression was well over six months ago, when are you…”

“Nope. No can do.” He moved towards her quickly, placing a hand on her shoulder. “Listen up because I’m tired of this shite. March upstairs to the tower and yell out their names. Just do it! If they come, they come. You have to move forward. You’re stagnating. You’re afraid.”

“Damn you. I’m not afraid.” She shrugged his hand off her shoulder and moved towards the corridor. “I’m working it out just….slowly.”

“Really? Go yank someone else’s chain will ya. This is me you’re talking to. Admit it. You’re afraid of the unknown. Who isn’t? I know having that past life regression wasn’t easy. I know the dreams you have from both past and future are scary, and the déjà vu moments are creepy as all get out. All of this isn’t easy but it’s happening for a reason. Face it head-on. The Arianh Forrest I know is a fighter. She isn’t a quitter.”

Owen laughed. Grabbing a mac from the peg he put it on then looked back at her.

“Get it together Ari. You need to do this. What’s the worst thing that could happen? They come searching. Are you that scared of two men?”
at August 22, 2013