I Love Dialogue from First Love by Dellani 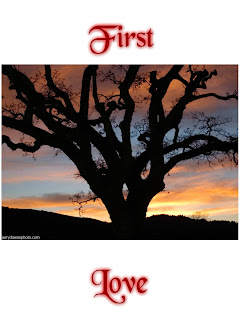 Maddie and her friends are on a summer mission trip with their church youth group. They've driven hundreds of miles from Nebraska to New Mexico and are spending their first evening getting to know some of the local group members. Claire, the mean girl, has already started picking on Maddie and her friend Pati. Taking a liking to one of the local boys, who doesn't even know she's alive, Claire gets annoyed when they ignore her and her clique.

"Come on, girls," Claire said. "It's obvious this riffraff don't deserve to hang around us." She got up with forced bravado. Tossing her hair, she tried to hop gracefully from the back of the pickup, but lost her balance, tipping to one side as she landed.
The others followed her reluctantly, not wanting to leave the boys behind. Claire insisted, walking into the fellowship hall as quickly as she could.
"She's gonna pee in your shampoo," Clayton said as he watched them walk away. "Or whatever it is evil bitches from hell do to get even."
"Put condoms in your purse," Maddie said.
"Or threaten to tell people you gave someone a blow job," Pati added, not thinking of her audience.
The men all perked up with that announcement.
"Do tell," Brad said quickly. "Who was the lucky guy?"
"There wasn't one. She was going to lie and say I gave one to Cl—" She snapped her lips shut, but it was too late.
"Wow, Clay—way to go, dude!" Brad and Clayton did a complicated handshake.
"Wish I could say we had," Clayton said kindly. "Cause I'm sure it would have been great. But no. Pati hasn't sucked my man juice."
Maddie, who was closer, punched him—hard. He rubbed his arm, protesting loudly.
"Damn, that hurt! What the hell? How do you know how to punch like that?"
"I have two older brothers who thought their baby sister should know how to defend herself against dweebs and perverts." She punched him again. "And their friends too."
"Stop that! I'm sticking up for her!"
"In a totally gross way," Gabriel said, watching the exchange with amusement. "Could have done without the man juice bit."
"That was a little over the top," Clayton agreed. "But I wanted it clear."
"We got it," Luis said. "No oral pleasuring transpired. Too bad, though. Cause you're one hot mama," he stated honestly.
Pati didn't know whether to be flattered or disgusted. "Thank you," she muttered. "But I don't do any of that. Ever." That was enough true confessions for one night. She wanted to leave, but wasn't going to face the girls on her own.
"Me either," Maddie said, backing up her friend. "And it's going to stay that way," she announced, glaring at the men.
They all held up their hands, holding them like Maddie had a gun on them.
"I swear, it hadn't crossed my mind," Luis said. "Well, I lied, it did. But only because I'm a guy and that's all we think about."
The others nodded, agreeing. Pati and Maddie had to laugh. They looked like bobble heads, their chins bouncing in unison.
"Is that really all you think about?" Pati asked. "I don't have any brothers to ask."
"Oh, I never ask my brothers," Maddie said. "Just like you shouldn't ask this bunch."
"Why?"
"Because they'll tell you," Maddie stated. "And there are some things better off not knowing."
"Like the fact I had sex with Beverly?" Daniel said.
Brad punched him. "You had to bring that up again? Are you nuts?"
"Drunk and horny," Daniel said by way of explanation.
"Wait, you drink? You're a minister's kid," Pati said.
Daniel shrugged. "We're worse than anyone, just better at hiding it."
© 2017 Dellani Oakes
To Buy Dellani's Books